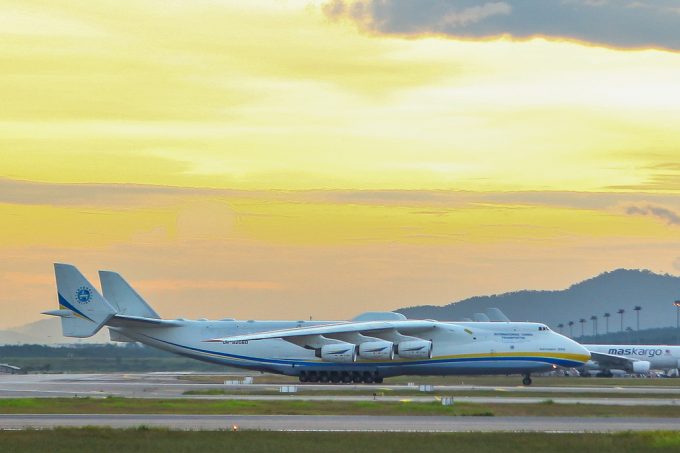 Antonov Airlines is not enjoying watching the current struggles of its former partner, Volga-Dnepr, in a market that has been soft for everyone in the oversized cargo industry.

Volga-Dnepr said last month it was grounding two AN-124s. But that will have no real impact, said Amnon Ehrlich, director sales, North America, for Antonov.

This is partly because several of Volga-Dnepr’s aircraft are reported not to be flying anyway, and the grounding announcement was something of a red herring.

“The year has been a lot slower. The impact of Volga-Dnepr’s grounding will be in perception only. There is enough capacity to handle the current market.

“But we can’t hang our hats on it,” said Mr Ehrlich.

Antonov has come a long way since its Ruslan days, when Volga-Dnepr and the Ukrainian company worked in partnership, with a dominant market position in the outsized cargo market.

“Volga-Dnepr had a 10-year head start on us,” said Paul Bingley, Antonov’s commercial manager, speaking on the sidelines of Air Cargo Americas in Miami last week.

“The market didn’t know us, and our job was to educate them. We had to come away from Ruslan and become ourselves. It makes it more personal, and we have a smaller team. The biggest challenge is to help the market understand that there is competition.

“There is a family feeling now. With Ruslan there were two companies; we don’t have that any more and it’s a big weight off our shoulders,

“It’s a really interesting business to be in. We are all really proud,” he added.

“We follow flights through to the end. At Ruslan, we quoted, contracted and passed it on. But now, we handle the flight and we hand-hold all the way through the process. That has attracted a lot of customers.”

Mr Ehrlich, however, said he would prefer his competitor to be strong.

“From the commercial side, competition is good for the market. It makes us both better, and customers agree. Customers want competitive bids, and I want to know that we can differentiate ourselves.”

He added that the marketplace hadn’t felt different since Volga-Dnepr admitted it needed restructuring, although sources told The Loadstar that several jobs had been lost in V-D’s Houston office.

“All we’ve noticed is that people want to know what’s going on.”

The managers added that they didn’t expect Antonov to pick up some of those experienced executives that have recently left Volga.

“If we are going to grow, we’d want it to be internal growth,” said Mr Ehrlich.

But the market for both companies has been soft.

“The market as a whole has been down,” said Mr Ehrlich. “There have been periods of busy times, but then it slows down again. The year has been a lot slower.

“In the geopolitical situation globally, there are issues wherever you go. If growth slows, then projects slow.”

The market is also changing. Aerospace is a big part of Antonov’s business, at about 40%. But changes to technology mean changes to demand.

“Engines are getting bigger and require our aircraft,” noted Mr Bingley. “But satellites are becoming smaller, so there are other means of transport available. And US satellites are not moving so much now, but Italy, France and India are manufacturing them and sending them into the US.”

They note that the oil and gas industry is “slowly, slowly” picking up. But what of the long-term future, when fossil fuels could be replaced by alternative fuels? Will the green energy industry provide as much business?

Not so far, said Mr Bingley: “We have moved some wind turbines, but they are making the blades larger so they are too big for us, although we have carried some moulds for blades.”

But it won’t just be its products that could be a long-term challenge for Antonov – its aircraft may only have 20 years or so left in operation.

“They have been through life extension programmes. It’s being continuously looked at, and Antonov may be looking at a newbuild.”

Changes to airport regulations, which will see precision navigation required, has not been a challenge and the changes can be made during scheduled maintenance, added Mr Bingley.