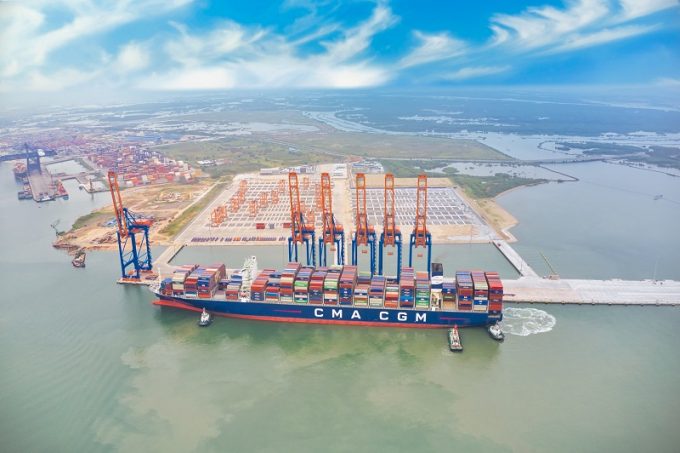 Vietnam’s newest container terminal is open for business – completing a turnaround for the once under-utilised Cai Mep deepwater port.

According to Alphaliner, the development of GIP has “quite some backstory”: the project was put on hold for a decade when the financial crisis hit in 2009, ending southern Vietnam’s credit-fuelled port development frenzy.

As recently as 2015, Cai Mep was heavily underutilised, with too many operators competing with established river terminals within Ho Chi Minh City, most notably Cat Lai.

“The port of Cai Mep is one of the most dynamic in the world today,” he told The Loadstar. “GIP is an undeniable asset to relieve congestion in the surrounding terminals and to imagine the arrival of new direct services to the US or Europe.

“We hope to reach the full capacity of our first phase, of 1.5m teu, before the end of the first half,” he added.

Mr Klein said it was “too early to say” whether the volume shift from the inner-city terminals to Cai Mep would continue at the same pace, but noted the vessel upsizing trend on intra-Asia lanes and “the difficulty of adapting water access to these river terminals.”

He added: “Another accelerating effect would be the development of the industrial zones adjacent to Cai Mep and the arrival of production destined for foreign markets.”

As for the competition with adjacent terminals, Mr Klein was confident: “We have important and outstanding competitive advantages, including prime location, deep draught, wide turning basin, dedicated berth and cranes to operate barges and the longest berth, compared with other ports in the same region, capable of receiving the largest tonnage vessels in the world.”

GIP has already secured three calls from CMA CGM and its Ocean Alliance partners, which start over the next four months, and “other discussions are ongoing, and not only with the OA alliance members,” Mr Klein noted.

“We are aware that some shipping lines are studying new direct services to the US and Europe to meet the expected increase in export-oriented goods flows.”

The uptick in exports is expected to continue, Mr Klein added, given Vietnam’s “outstanding performance in managing Covid-19” and the acceleration of the manufacturing shift into the country.

“Some multinational companies have brought parts of their operations to Vietnam as their factories have been closed in other countries, such as India,” he said.