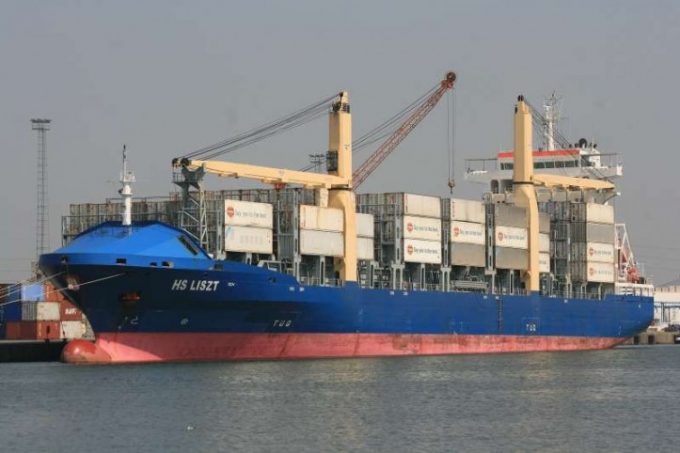 Niche sector specialist MPC Container Ships posted its first quarterly profit in Q3 as it looked to boost its fleet of feeder vessels.

But the shipowner’s growth strategy is being challenged by a spike in second-hand vessel prices.

As at 30 September, the Oslo-listed start-up operated a fleet of 22 feederships, ranging from 966 teu to 2,824 teu, of which 10 were acquired in the third quarter.

Additionally, MPC purchased four other vessels in the quarter, including its first panamax containership, and expects them to join its fleet before the end of the year.

Interim accounts published today include a ‘subsequent events’ note that confirms that, on 24 November, MPC “entered into a commitment to acquire a fleet of feeder container vessels with a total purchase price of $130m”.

Consultant Alphaliner said it “understood” 10 ships ranging in size from 1,713 teu to 2,824 teu on charter to Maersk Line and its subsidiaries, MCC Transport and Sealand, were to be purchased from South Korean owner Cido Shipping.

The purchase, if completed, would see Cido Shipping, which currently operates a fleet of 83 vessels, mainly bulkers and vehicle carriers, exit the box market entirely.

Interestingly, vesselsvalue.com prices the 10 vessels at $118m, with a scrap value of $32m.

In its interim accounts outlook, MPC said it had previously been able to acquire assets “at attractive terms”, but there were now “observable increases in second-hand vessel prices”.

MPC’s business plan is based on the expected shortage in the market of smaller-sized container tonnage, given that the main area of growth in recent years has been in vessels of 12,000 teu and above, and coupled with record demolition of mainly smaller vessels.

Notwithstanding the higher prices being asked for some of its new targets, MPC is also benefiting from the asset appreciation of some of its existing fleet. For example, it purchased the 1,350 teu HS Liszt from Germany’s Hansa Trehand in October for $7m, and according to vesselsvalue.com, the 2008-built feeder is now worth some $8m.

After the deduction of commissions, voyage expenses and management fees, MPC’s gross charter revenue of $7m in Q3 was diluted to just under $1m, and once administration and other expenses were taken off, the result was a net profit of $100,000.

Cumulatively, MPC posted a net loss of $336m for the year to date after its incorporation in January and the commencement of trading activity in April.

MPC Container Ships was formed by German company MPC Capital and its board consists of former Hamburg Sud executives. Its reported fleet target is 100 vessels.