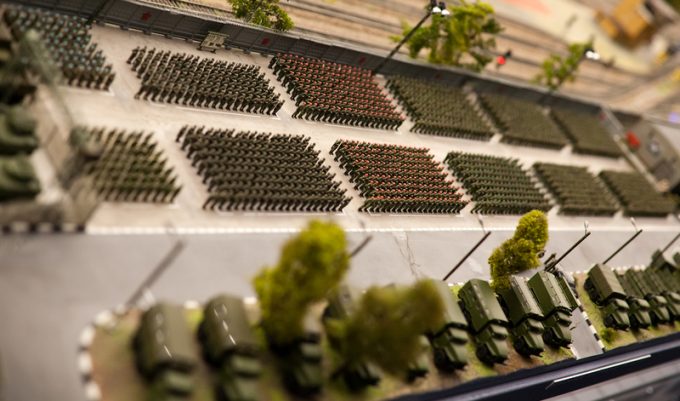 Military personnel “would not have a clue”, should they be drafted in to plug the UK’s 70,000+ HGV driver shortage.

But one ex-Royal Navy supply officer told The Loadstar: “Military drivers, army, navy, or air force, would not have a clue, without training.

“What they drive are simple things, not the vehicles used by commercial drivers. Bringing the army in may add extra personnel, but they would still need training and their trucks would be no use.”

But, now working as a civilian driver, the ex-naval officer added there was a “huge premium” associated with drivers with a military background.

“Hiring drivers with a military background will always be a more attractive proposition. I work with more than 40 other drivers and most of them are ex-military,” he said. “The value they offer is that not only are they trained to drive, but also to deal with the unexpected.”

A Defra spokesperson said:“The recent pandemic has proven that the UK has a large, diverse and highly resilient food supply chain that has coped well in responding to unprecedented challenges. We are working closely with the haulage industry to understand recent pressures and there is no suggestion of using military support and no requests have been made.”

Driver shortages are not unique to the UK. Transporeon’s Transport Market Monitor notes an 11.3% capacity decline in Europe between April and May, but Brexit saw the UK feel the pinch more acutely, with many European drivers refusing to service the country.

However, the ex-naval officer said the idea that it was “Eastern European drivers going home” causing the UK shortage may be an “easy answer”, but missed a major factor.

“Quite often, as part of their resettlement programme, military personnel would train as lorry drivers and this provided a lot of HGV drivers for the UK,” he said. “But with military numbers being reduced, we also seeing a reduction in the number of drivers with an ex-service personnel background.”