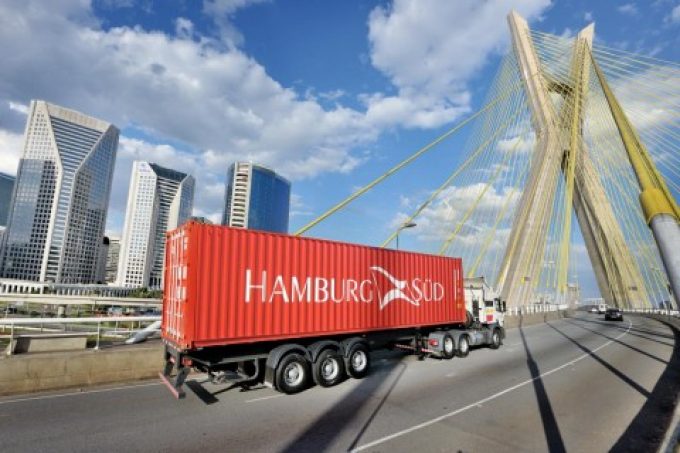 Maersk Line today announced it is to acquire Hamburg Süd in a cash deal one analyst claims could be worth up to $5bn.

“We estimate the takeover price in a range from $3bn-$5bn, which would increase Maersk’s leverage from 1.2x to around 1.6x full year 2017 EBITDA,” said Jeffries in a research note.

Maersk’s acquisition of the world’s seventh-biggest carrier would lift its capacity to 3.8m teu, from its current 3.1m teu, giving it an 18.6% global share.

The financial implications are harder to gauge, given the highly secretive nature of Hamburg Süd as part of Germany’s private Oetker Group.

“Profitability of Hamburg Süd hasn’t been disclosed, but we suspect it is depressed in the low container freight rate environment,” Jeffries said.

“As a result, the takeover would only create value if profitability would recover, through a combination of significant cost synergies and a potential recovery of container freight rates,” added the analyst.

The deal, following a recent wave of industry consolidation, will leave only 13 global carriers, compared with 20 at the start of the year.

According to vesselsvalue.com, Hamburg Süd’s fleet of 44 vessels, all operating north-south services in the Latin America market, is valued at $1.44bn.

The carrier recently made a foray into the east-west trades, but Maersk Group chief executive Soren Skou said today that “no decision had been made” on whether these services would continue after the completion of the acquisition of the German carrier at the end of next year.

Mr Skou told The Loadstar this morning that the “strong Hamburg Süd, Alianca and CCNI brands” would be maintained in Latin America, subject to regulatory approval, and that the east-west business “would fall within the 2M [alliance]”.

According to Alphaliner, Hamburg Süd purchases more than 2,000 slots a week from UASC, Cosco and APL as part of its global liner service offering on the Asia-Europe, transpacific and transatlantic trades.

These slot-charter agreements are set to end next April with the formation of the new vessel-sharing alliance structure, and it is difficult to see how Hamburg Süd could maintain its east-west market.

“Hamburg Süd is a very well-run and highly respected company with strong brands, dedicated employees and loyal customers,” said Mr Skou. “It complements Maersk Line, and together we can offer our customers the best of two worlds, first of all in the north-south trades.”

Chairman of Hamburg Süd Group, Dr Ottmar Gast, said the decision to “divest its engagement in shipping”, which can be traced back for 80-years, “was not an easy decision for my family”. 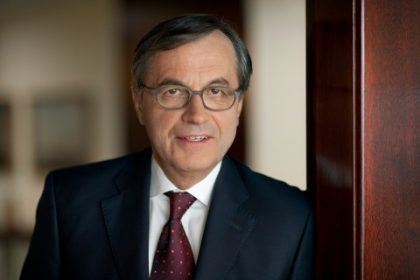 A separate statement from Oetker Group said continuing “active participation” in the shipping sector “would entail an even higher capital requirement”, which would “make the balancing of risk within the Oetker Group business portfolio more cumbersome”.

It added that in its view Maersk was “the ideal partner to preserve and further develop the shipping company’s successful business model”.

Mr Skou confirmed that the Hamburg Süd head office in Hamburg would be maintained, although he did not elaborate on integration of offices around the world, or the carrier’s 6,000-strong workforce, other than to pledge a “light touch”.

He refused to be drawn on the acquisition price, other than to confirm that it was an “entirely cash transaction” with “no need to sell assets”.

Subject to obtaining regulatory approval from China, South Korea, Australia, Brazil, the US and the EU etc – a process expected to last until the latter part of next year, Maersk hopes to close the transaction by year-end 2017.

Product tankers, tramp, and other shipping-related operations made up around 7% of Hamburg Süd’s $6.7bn revenue in 2015. Mr Skou said there were “no plans for them as yet”. It is assumed they will be disposed of shortly after the takeover.