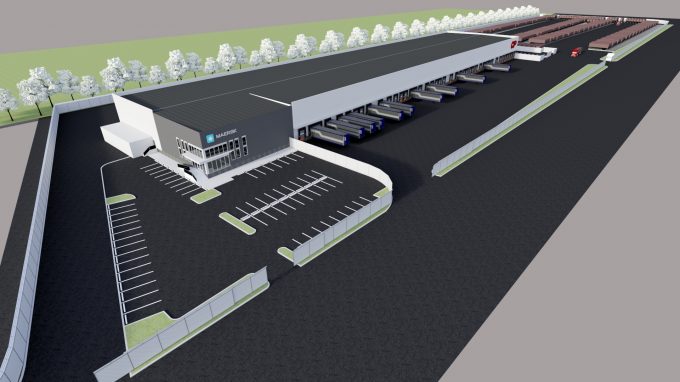 As part of its “container supply chain integration” strategy, Maersk is building a transload and distribution facility in Vancouver with Canadian Pacific Rail (CP).

The aim is to speed up cargo flows through the Canadian port.

The 117,000sq ft facility will be built on CP’s intermodal yard and enter service next year handling all commodities except reefer containers, said a Maersk spokesperson.

Maersk will be the exclusive user of the facility, which will be operated by CP’s warehousing & distribution unit.

CP will shuttle containers between the port’s four container terminals and the new facility, avoiding the congestion at the sites and on access roads, where cargo will be transloaded onto 53ft trailers.

The port of Vancouver is expanding two of its container terminals, but concerns remain about congestion. Last year Vancouver Fraser Port Authority reported a utilisation rate of 75%.

Other sources, however, suggest utilisation levels could be even higher: the eeSea liner database records 85% last year, with the port handling 3.4m teu across a combined capacity of 4m teu.

Predictions for further growth are strong. Arguing that moving containers from Asia to the US Midwest via western Canadian container ports is about US$400-$500 cheaper than through the US west coast gateways, consulting firm Mercator recently suggested Vancouver and Prince Rupert could capture about 15% of the intermodal import volumes currently going through the US west coast.

Maersk’s move aims at more than fast flows through the Canadian gateway, however. It is part of the company’s transformation into an integrated logistics provider and takes it one step further inland.

“We can now offer more responsiveness to the pace of business by giving supply chain leaders more control of order timing/fulfillment through inland routing flexibility, better velocity gained from one-day savings of rail versus truck and cost savings through seamless transload operations into domestic 53ft trailers,” he explained.

CP president and CEO Keith Creel said the collaboration with Maersk was the beginning of a new era: “Together we will transform intermodal transport in North America,” he said.

The rail company this week also announced the opening of a transload facility in Montreal’s Cote Saint-Luc yard. In addition to transloading, the 118,000sq ft facility offers supplementary intermodal transport and distribution services and is operated in tandem with Quebec-based TYT Group.

CP’s scope and network expanded significantly this summer through the acquisition of the Central Maine and Quebec Railway, which extended its reach to the Atlantic ports of Saint John, New Brunswick and Seasport, Maine. This gives it a route to central Canada and the US Midwest about 200 miles shorter than its competitors.

CP started service to St John last month and aims to have a 24-hour service between the Atlantic port and Montreal before the end of the year.

Like Vancouver, Canada’s Atlantic gateways have also suffered congestion, but Maersk currently has no definite plans for other transload facilities in North America, the spokesperson added.

“We’re open to opportunities. We take more or less a fluid approach. It depends on our customers’ needs.”