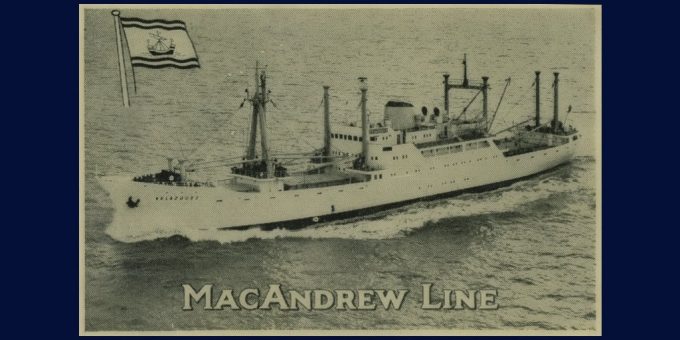 MacAndrews has become the latest iconic shipping name to be consigned to the history books.

Containerships and MacAndrews combined offer 26 maritime and eight inland services, operated through a fleet of 32 vessels and 700 trucks.

CMA CGM will be looking for cost synergies from the merger: by combining back offices; cutting staff; and rationalising service providers and agency contracts.

The news follows last week’s announcement to the Helsinki Stock Exchange that Containerships chief executive Kari-Pekka Laaksonen had resigned, and would be replaced by Claude Lebel, the CEO of MacAndrews.

Mr Lebel joined CMA CGM in 2005 and took the helm at MacAndrews after the head office was relocated from London to Hamburg last year.

CMA CGM merged Hamburg-headquartered OPDR into MacAndrews in January 2017, rebranding them as MacAndrews and transferring the latter’s head office to Hamburg. OPDR had 310 employees and MacAndrews 285, mainly based at its London office, and The Loadstar understands that a number of HQ personnel declined the offer to transfer to Hamburg.

Rampant consolidation in the deepsea liner industry, which has led to seven major carriers controlling 75% of container trade, has cascaded into the shortsea and feeder sectors.

Moreover, as the industry faces increased headwinds, the owners of shortsea brands prefer to see cost-saving synergies from internal consolidation, rather than the commercial benefits of a household name, such as OPDR and MacAndrews.

Indeed, in the case of Maersk, the carrier announced last year it was wrapping its three very successful intra-regional brands – MCC Transport, Seago and Sealand –into one entity: Sealand. It said the reason was “due to their many similarities”, despite “operating in different parts of the world”.