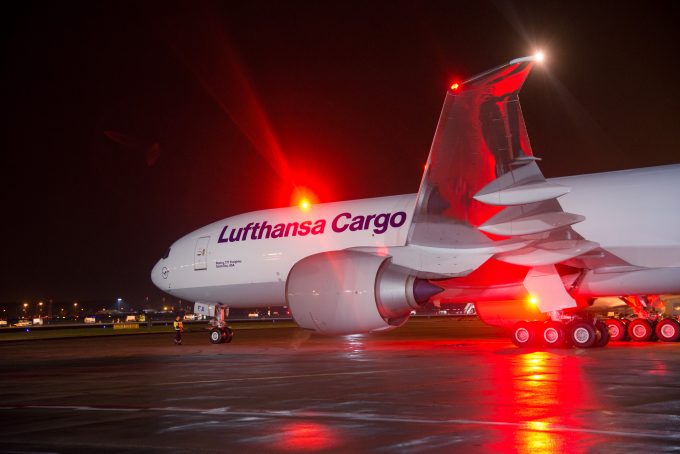 Lufthansa Cargo is re-routing some freighter flights from Frankfurt to Munich this weekend, as the carrier’s main hub continues to be severely affected by labour shortages.

Four freighters will be re-routed between Friday 8 July and Sunday 10 July, ensuring Lufthansa can still operate its scheduled services.

“The entire aviation industry, especially in Europe, is suffering from bottlenecks and staff shortages,” said a spokesperson.

The spokesperson added: “In order to take load out of the system, we unfortunately see no other option at the moment than to take some measures.”

These include embargoes until Sunday 17 July on animals, including those for zoos, as well as pets, horses, ornamental fish, worms and crab larvae – an animal transit embargo is also in effect at the carrier’s Munich hub until 12 July.

It added: “We would like to inform you that in case of flight schedule adjustments we will rebook your cargo to the destination as best as possible.

“Furthermore, we are experiencing an exceptionally high number of customer enquiries in our service centres. We are continuously working to increase capacity to meet the demand. Nevertheless, there are currently long waiting times. We ask for your understanding.”

The carrier told The Loadstar: “Cargo airlines have been asked by airport company Fraport to reduce cargo volumes at the Frankfurt site during peak times.

“We continue to monitor the situation at our Frankfurt and Munich hubs very closely and will take further measures if necessary.”