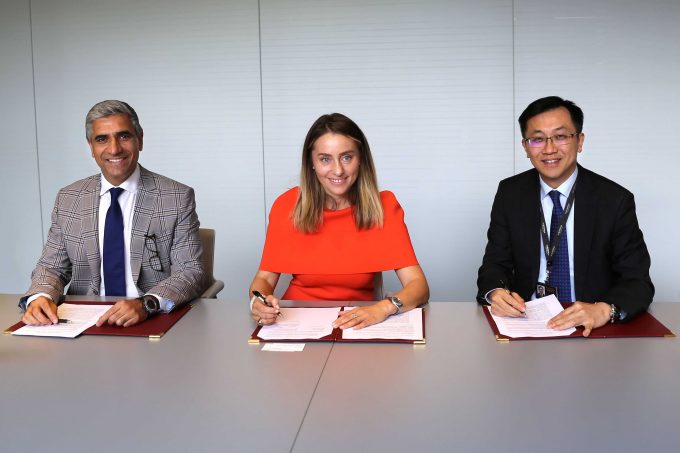 Hong Kong-based 3PL Kerry Logistics has signed a deal to build a third box port in the Black Sea country of Georgia.

Kerry today revealed it had signed a memorandum of understanding between partner company Globalink and Georgia’s Anaklia City JSC to develop the Anaklia deepsea port and special economic zone, some 70km north of the country’s main container gateway of Poti.

The development will turn competition in Georgia’s port sector into a three-way race between Anaklia, the APM Terminals facility in Poti and the ICTSI-controlled container terminal at Batumi.

According to data compiled by Black Sea shipping consultancy Informall, laden containers handled by Georgia’s ports grew 17.5% last year, to reach a total of 230,000 teu, and growth at Poti was behind much of this. Last year, its throughput, including empties, grew 16% to 320,000 teu, making it the second-largest terminal in the Black Sea after DP World’s Constanza operation in Romania.

However, that growth, as well APM Terminals’ plan to expand Poti’s terminal to a capacity of 1m teu, and to be able to handle vessels up to 9,000 teu, does not appear to have dented Anaklia’s ambitions.

Port authority figures and Kerry said the new port was scheduled to open by the end of 2020, and would be fully integrated with rail and road connections to the infrastructure networks of Georgia and neighbouring countries.

They further claimed it would be the first deepwater port in Georgia able to handle vessels of up to 10,000 teu, “catering for a mix of cargo including containers, dry bulk, liquid bulk and other types”.

Edwardo Erni, managing director of China and North Asia for Kerry Logistics, said: “Anaklia is a key cargo gateway in the Caucasian region. With Globalink’s proven track record in the Georgian market, and our comprehensive multimodal freight network across Eurasia, we are committed to devising innovative solutions to facilitate the building of Anaklia Port into a successful logistics hub for the region, with integrated logistics, sea-rail, and sea-road services.”

Ketevan Bochorishvili (pictured above, centre), chief executive of Anaklia City JSC, added: “We are excited about the cooperation with Globalink, which has a deep understanding and comprehensive experience in the Caucasian region and Central Asia.

“With the Anaklia Port and Anaklia SEZ, we are establishing a state-of-the-art logistics, trade and business platform, which will serve a pivotal role in increasing the connectivity of Georgia as it is positioned along the shortest route from China to Europe via the Middle Corridor and from India to Europe. The successful development of Anaklia projects is expected to unlock a potential market of over 150 million consumers and serve as a bridge between Asia and Europe.”

According to Informall, 2M partners Maersk and MSC remain the dominant container lines in the region, with a 23% and 21% market share respectively.