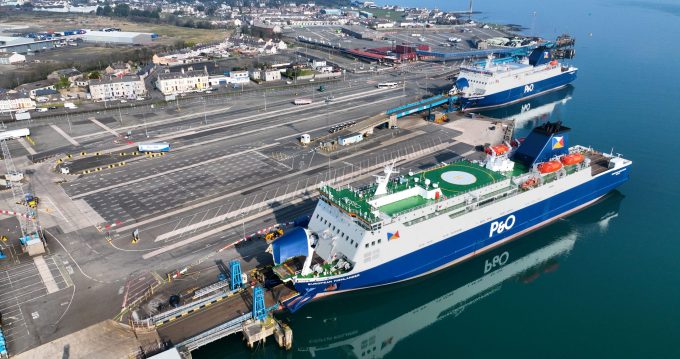 Former P&O Ferries chef John Lansdown says he hopes workers across the UK see his campaign as a rallying call against P&O Ferries, intended to make the company accountable for their “unlawful action”.

The chef was sacked along with 799 other P&O Ferries staff on 17 March, without consultation or notice. Crew were shepherded from eight P&O Ferries ships in Liverpool, Cairnryan, Hull and Dover by a security firm hired by the DP World subsidiary to secure the vessels.

“Everyone in this country has a vested interest in not allowing the unscrupulous actions of P&O Ferries to stand. Every just and fair-minded person in this country is asked to support my campaign for justice both for myself and all other affected seafarers, both now and in the future, and their families,” said Mr Lansdown.

He added that P&O Ferries’ actions had turned the lives of 800 “loyal and dedicated seafarers and their families” upside down.

“Their grotesque disregard for due process in this country will set a dangerous precedent if allowed to stand.”

According to Mr Lansdown, his £76m ($99m) claim is intended to bring Peter Hebblethwaite, the P&O Ferries CEO, and those responsible at the company to justice, “and make them accountable for their unlawful action”.

He expects trade unions the RMT and Nautilus International to take the lead in representing the dissatisfaction felt by the workers and anticipates that the unions will issue a legal challenge to the sackings.

Nautilus issued a formal letter of dispute the day after the mass sackings and RMT general secretary Mick Lynch said on 1 April it had started a ‘Fair Ferries campaign’.

“We want to establish collective agreements in the maritime sector as the minimum employment standard on international ferry routes from UK ports,” he said.

“The government must introduce legislation to ban ‘fire and rehire’, as current laws allow employers to get away with the most appalling employment practices. This is how we will prevent grave injustices like P&O Ferries from happening again.”