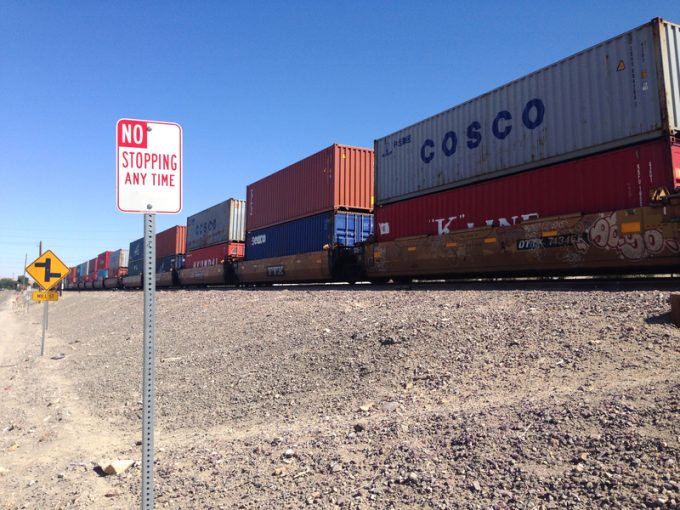 Hopes for a settlement in the contract negotiations in the US rail industry are on the wane.

And any agreement on the west coast port arena is receding into 2023, amid rising concerns about unrest in cargo labour relations.

The prospect of a smooth implementation of the deal between the railways and unions brokered by the Presidential Emergency Board (PEB) is dimming, after almost 61% of the members of the Brotherhood of Railroad Signalmen (BRS), which represents some 6,000 workers, rejected the deal.

This followed a similar rejection by the Brotherhood of Maintenance of Way Employees Division this month.

The prospect of a 24% rise in wages, plus a $5,000 bonus, failed to sway members arguing that the employers should also move on health benefits, notably paid sick time.

The rail companies – represented by the National Carriers Conference Committee (NCCC) – have signalled firm opposition to concessions on this issue, arguing that, over decades of negotiations, unions had agreed that short-term absences would not be paid in favour of higher compensation overall and more generous benefits for long-term sickness.

But the unions argue that carriers could easily pay the additional benefits requested, pointing to large profits in the third quarter: two Class I carriers – BNSF and Union Pacific – posting profits of $1bn.

BRS president Michael Baldwin said: “I have expressed my disappointment in the lack of good-faith bargaining on the part of the NCCC, as well as the part the PEB played in denying BRS members the basic right of paid time off for illness,.

“The highest offices at each carrier, and their stockholders, seem to forget that the rank and file employees continued to perform their job each day through an unprecedented pandemic, while the executives worked from home to keep their families safe,” he added.

The two sides will return to the negotiating table in mid-November, with no action to be taken until early December, according to the NCCC. So there is no immediate danger of a work stoppage, but this could change once the status quo period expires.

So far, six of the 12 labour unions that represent around 115,000 workers have ratified the deal brokered by the PEB, and the two largest unions have yet to vote.

Meanwhile contract negotiations between the Pacific Maritime Association (PMA), representing 70 employers at 29 west coast terminals, and the International Longshore and Warehouse Union (ILWU), on behalf of its 22,000 members, are in limbo pending resolution of a dispute over cold-ironing work at the port of Seattle [see Loadstar 28/9].

A hearing on this is slated for early November, but the ILWU is reportedly accusing the PMA of not honouring an agreement to support it in jurisdictional disputes with other unions in return for concessions on automation trials.

Officially both sides, which have agreed not to announce publicly updates on their negotiations, remain committed to working out a contract solution as early as possible.

ILWU International president Willie Adams said: “The ILWU and PMA continue to meet regularly and negotiate local agreements and safety issues. We are confident we will reach a coastwide agreement, as we have for nearly 90 years.”

Others are sceptical. Gene Seroka, executive director of the port of Los Angeles, recently said the issue would probably take months to resolve, indicating that an agreement is unlikely this year.

For beneficial cargo owners, this means continuing uncertainty about a possible disruption of cargo flows through west coast ports. This concern has been identified as a major reason for the large shift of imports from Asia  from west coast ports to gateways on the east and Gulf coasts this year. By one estimate, a work stoppage at the port complex of Los Angeles and Long Beach would cost about $500m a day.

Even the threat of a stoppage packs a punch. On an earnings call on Wednesday, Claude Elkins, chief marketing officer of Norfolk Southern, said concerns about a rail strike in September resulted in up to $25m in lost revenue for the Class I rail carrier.

Some observers see a global winter of labour discontent brewing. In a blog post, the Conference Board, a US think-tank, described the west coast port issues as “part of an emerging trend of freight labour unrest globally, particularly as inflation puts pressure on wages”. It pointed to the strikes at the UK ports of Felixstowe and Liverpool and the need for government mediation in the US rail contract negotiations.