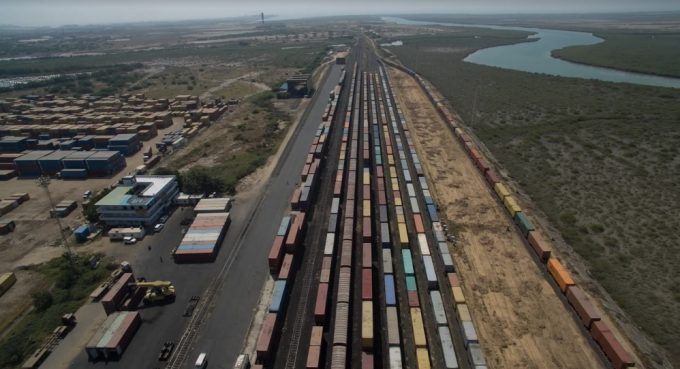 Adani Group, India’s port and logistics giant, is to bring all its rail entities under a single umbrella to make a bigger play in inland infrastructure development.

APSEZ (Adani Ports & Special Economic Zone)’s current rail reach is via six business units and spans about 690km. The group will consolidate them under a single business entity, Adani Tracks Management Services, and is aiming to create 2,000km of track length by 2025.

That targeted scale is a strategic imperative for the conglomerate to bid on major public-partnership projects of the Indian Railways “without having to compete with similar businesses in the Adani portfolio”, it added.

“Indian Railways will invest more than $40.5bn over the next 10 years to construct new rail lines,” said Karan Adani, CEO of APSEZ. “The government’s shift in focus from road to rail as the preferred mode of transport, an obvious choice both economically and environmentally, will require significant participation by the private sector.”

APSEZ has already begun work on three other rail connections under its countrywide port landscape: 6km from Kattupalli to Ennore; 34km from Dighi to Roha; and 36.5km from Hazira to Gothangam.  These additions will bring Adani’s rail track capacity to about 767km.

The acquisition of the 72km-Sarguja rail corridor – part of a deal Adani unveiled last March to own a controlling stake in Gangavaram Port – was the latest rail investment for the group.

Rail freight is a key catalyst for growth of volumes in India’s west coast corridor – home to Adani’s larger port presence – because of vast hinterland markets, it says.