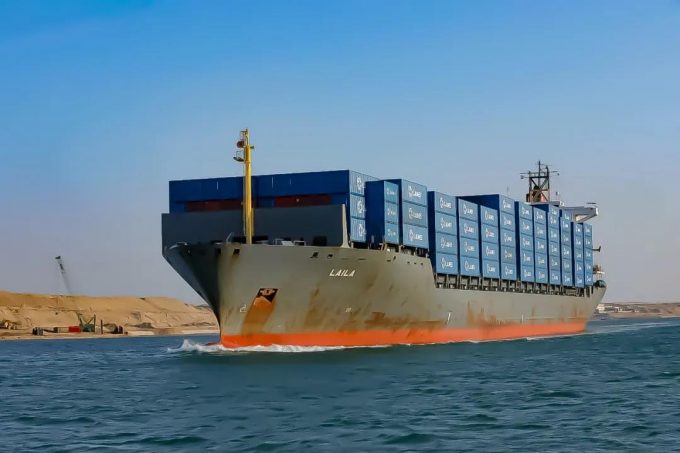 Severe early termination penalties on charters have seen a number of smaller carriers continue to offer services on both the Pacific and Asia Europe trades according to one analyst.

Linerlytica analyst Tan Hua Joo said that despite the reversal in freight levels, many new entrants on long-haul lanes were persisting with unprofitable services.

Linerlytica believes the cancellation by Chinese liner operator CU Lines of its vessel-sharing agreement with compatriot state-controlled peer Antong Holdings after just six months, and ahead of the original end-date in March 2025, is a one-off event.

However, Mr Tan told The Loadstar: “It was a fixed charter agreement with a profit-sharing element, although any losses will be borne solely by CULines. This kind of tie-up is unusual, so I don’t expect any repeat cases.”

In a Shanghai Stock Exchange filing on Thursday, Antong, parent of Quanzhou Ansheng Shipping, said it received the termination request from CULines days ago.

It said: “The cooperation between the two parties has achieved good results in the early stage. Due to the drastic changes in the international situation, the closely related global shipping market has taken a sharp turn and plummeted like an avalanche.

“Based on our calculations, it will be difficult to maintain normal operations and it’s necessary to make timely adjustments and cut losses as soon as possible. In order to reduce the losses of both parties, based on the consideration of friendly negotiations, please carefully consider the ‘Joint Foreign Trade Route Strategic Cooperation Agreement’ and the early termination of the ship charter and container leasing contracts and sincerely discuss with our company a settlement plan for the contract termination.”

Antong became state-controlled after a government bailout in 2020, after unauthorised guarantees issued by the management had plunged the group into a financial crisis.

CU Lines, ranked 23rd among liner operators, owns seven ships and charters 23, giving it capacity of 81,000 teu. In contrast, 19th ranked Antong, with capacity of 89,800 teu, has a 91-ship fleet that is almost equally split between owned and chartered tonnage.

Both companies came together in May to share resources and profits, anticipating mutual benefits. Antong, which operates coastal box shipping services, saw a chance to venture into long-haul lanes, while CU Lines could tap into the former’s larger fleet to manage high charter costs.

As of 25 November, the Shanghai Containerized Freight Index stood at 1229.9 points, falling by 75%, from 5,109.6, at the start of 2022. Industry observers believe current freight levels have already fallen to breakeven point for many liner operators, and could sink to pre-pandemic lows by year-end.