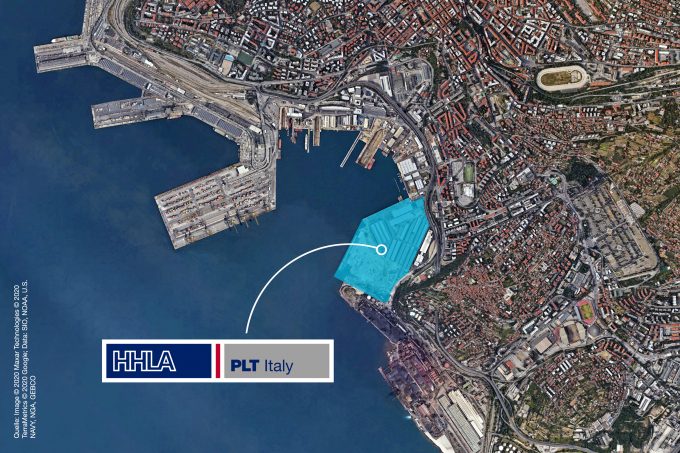 The push for Adriatic container ports to compete with North European terminals for market share in Central and Eastern Europe took another step forward this week.

Hamburg terminal operator HHLA completed its acquisition of a majority stake in Trieste multipurpose terminal Piattaforma Logistica Trieste, which will be will be transformed into a joint ro-ro and container operation.

The terminal has been rebranded as HHLA PLT Italy and a 35-metre wide ramp is already operating, able to handle the largest ro-ro vessel in the Mediterranean. Container operations are expected to start in April.

Box handling will take place on the existing quay, operated by two mobile harbour cranes, one of which has already been delivered, supported by a fleet of reach stackers in the yard.

Angela Titzrath, chair of HHLA’s executive board, said: “At the contract signing in September, our commitment at the Adriatic port was met with great approval, especially from Italy.

“Since then, a team from HHLA International has been working intensively on integrating the Trieste terminal facility into the group.

“Together with our Italian partners and our motivated workforce, we want to expand HHLA PLT Italy to become an important southern hub within our port and intermodal network,” she added.

HHLA’s intermodal subsidiary, which has spent years building a network between northern and southern Europe, currently operates into the neighbouring port of Koper in Slovenia, and is now also able to connect into Trieste, where HHLA PLT Italy already has a rail head .

The terminal ooperator said: “The Adriatic region has been developing very dynamically in the past few years. As the northernmost port in the Mediterranean, Trieste is the southern gateway to Central and Eastern Europe.

“With HHLA PLT Italy, HHLA is positioning itself in a growing market that offers good opportunities for development, including the opportunity to actively participate in and help shape new and changing cargo flows.”

Increasing numbers of both importers and exporters in central Europe are choosing to divert their shipments through Adriatic ports, said Emmanuel Papagiannakis, CEO of Adriatic Gateway Container Terminal (AGCT) at the Croatian port of Rijeka, another regional competitor.

“Whilst traditionally mainly focused on local market with some services to neighbouring countries, a reliable intermodal product led to new rail services to Central Europe and East Europe which increased options for shippers leading to higher volumes.

“With 70% of [our] volumes now coming from outside local Croatian market and from East and Central Europe, AGCT will continue developing the port and intermodal offering,” he added.

AGCT surpassed 300,000 teu last year, recording growth of 12% over 2019, driven by a 30% increase in rail volumes following the completion of a new intermodal yard that significantly increased rail capacity.