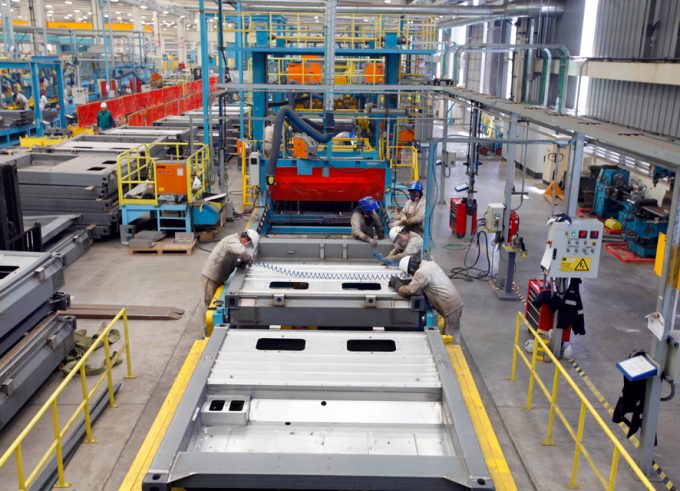 The German carrier said 1,000 units would be manufactured at a facility (pictured above) in the Chilean port of San Antonio – where MCI began producing reefer units in May 2015.

Hapag said in a statement: “For the first time, 1,000 of the new 40ft containers will be manufactured in a plant in San Antonio, Chile, a region in which they are in high demand. As a result, it will be possible to reduce the necessary shifting of empty containers from alternative production sites, which saves both time and money.”

The order comprises 7,000 40ft reefer units, 1,000 of which will be equipped with “controlled atmosphere” technology, and 700 20ft units. The technology slows the ripening of various fruit and vegetables, allowing them to be transported for longer periods of time.

The carrier said: “Working with suppliers, Hapag-Lloyd has refined its controlled atmosphere technology. Our ExtraFresh Plus service allows even extremely sensitive fruits such as blueberries and lychees to be transported at the desired level of quality and degree of ripeness.”

Production of the new reefers will begin this month, and Hapag-Lloyd chief operating officer Anthony Firmin explained that the carrier had seen a significant increase in demand for reefer transport following its merger with United Arab Shipping Company (UASC).

“With these new orders, we are further expanding this position and investing in an efficient and modern fleet, as well as in the expansion of our most recent product, ExtraFresh Plus, in order to meet the needs of our customers worldwide,” he said.