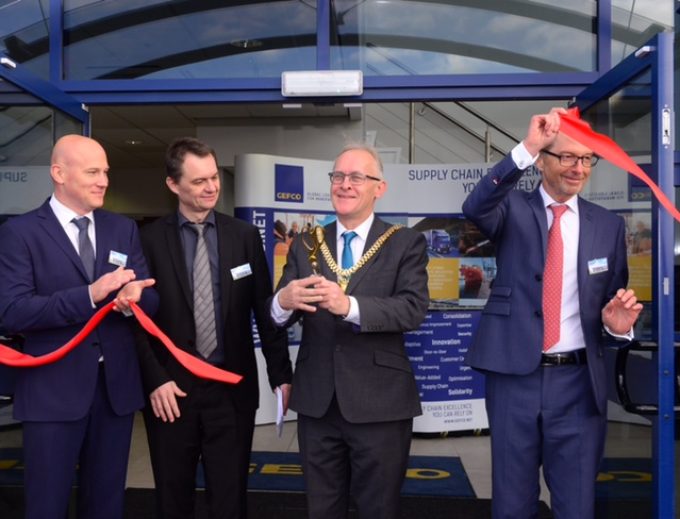 GEFCO has boosted its logistics offering in the UK with a new £10m supply chain hub in Merseyside, but said its main focus would remain on automotive logistics.

The firm, 75% owned by Russian Railways (RZD) and 25% by French carmaker PSA Peugeot Citroen, attributed 68% of its $4.2bn turnover last year to the automotive sector and said that, although it had ambitious growth plans, these were “unlikely” to result in a radical change in its business split.

The facility, at Speke in close proximity to the car vehicle manufacturing sites at Halewood, was officially opened last Thursday by mayor of Liverpool Joe Anderson.

“This investment by GEFCO Group is another vote of confidence in Liverpool,” he said.

“We are rightly proud of the huge success of the automotive sector in Liverpool city region and the associated jobs it creates. It is among the best in the world, and only by providing the right environment for the surrounding supply chain can we ensure it continues to thrive.”

The purpose-built 12,000sq metre site provides storage and sequencing space for tier-one suppliers and OEMs (original equipment manufacturers) in the area and will support the supply chains of GEFCO’s customer portfolio.

In due course the hub is expected to create about 100 new jobs locally.

Several customers The Loadstar spoke to at the ceremony, including Delphi Automotive and Jaguar Land Rover, praised the “seamless” transfer from GEFCO’s old facility during the traditional three-week summer holiday shutdown of car plants.

However, a 9% year-on-year slump in new car registrations in the UK would be “a challenge”, admitted GEFCO executives, but they said at this stage there did not appear to be much impact on its $4.6bn revenue budget for 2017.

“Some have done better than others,” she said. And Zsolt Vecsera, MD of GEFCO UK, said: “Over the past year we’ve seen excellent progress both domestically and for the wider GEFCO group, in part due to our enhanced investment policy.

Mr Vecsera said the new centre marked the “next step” in GEFCO’s “blueprint for supply chain excellence”, which would also be rolled out in other strategic locations, including Slovakia, France and Spain.

He added that GEFCO planned to be “at the cutting edge” of new technology, particularly in respect to the shift from diesel and petrol-driven vehicles to electric power.

Mr Vecsera also said he thought there was a definite future for driverless cars and trucks and could envision cars being ordered on demand, “by the hour”.

PRESS RELEASE  – Acquisition of nearly 100% of GEFCO, European leader in automotive logistics. – With ...

Under the radar: Gefco 'nationalised' then privatised? That's how it looks

Appearances can be deceptive