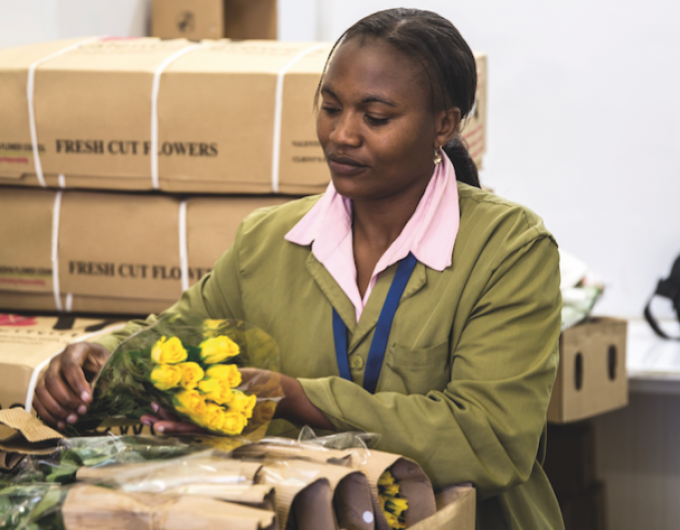 Short-sighted airlines that invest in cool chain products but squeeze ground handlers on price, are doing their customers a disservice, according to perishables forwarders.

They are urging ground handlers to lift their game in the cold chain, warning that insufficient investment threatens to become an Achilles heel for perishables shipped by air – despite significant investment by airlines.

Advances in packaging, technology and visibility have led to marked improvements in the chain, but forwarders are concerned about handlers’ ability to raise their game sufficiently.

Rampant growth in demand has drawn more operators into this segment. A number of airlines have developed or honed cool services aimed at fresh food and flowers.

At the same time, incumbent players have tried to stay ahead of the curve through more sophisticated solutions, such as equipping seafood shipments with temperature tags originally deployed for pharmaceuticals traffic.

Other efforts have gone beyond the confines of individual companies to cover the chain from end to end.

Air France-KLM-Martinair Cargo ran a pilot programme in partnership with a customer and a cool chain consulting firm to identify bottlenecks and devise new solutions for flowers moving from Kenya to Amsterdam. According to Noud Duyzings, cargo director, Eastern and Southern Africa, this resulted in flowers arriving at Schiphol Airport 2-3 degrees celsius lower than flowers moving on other airlines.

However, handlers claim they are hamstrung by lack of funds.

He added that handlers bore the brunt of the surge in volume at peak times like Mother’s Day or Valentine’s Day.

“Handlers are the ones who struggle most at peak times,” he said.

Chris Connell, president of Los Angeles-based perishables specialist Commodity Forwarders, said airlines had been squeezing handlers relentlessly on price, driving margins down to levels that made it impossible to invest in cool chain technology, infrastructure and manpower.

“Investment is needed not just for facilities and equipment but also for staffing.

Stan Wraight, executive director of Strategic Aviation Solutions International, has argued for some time that airlines are shooting themselves in the foot by viewing handlers as levers to slash costs, instead of as strategic partners. To offer services that can compete with the integrators they need handling agents with adequate incentive and margins to make the necessary investment, he says.

“There are limits to what the market can take. There’s no such thing as a ‘golden strawberry’,” he said. “It’s hard to expect an airline or a handling agent to make a million-dollar investment if rates are going south.”

He believes airlines have to change their approach and move towards a mid-term to long-term strategy with handlers.

“There needs to be a strategic relationship among companies that are involved in the cool chain. It’s got to be a win-win, long-term strategy. Companies need to work together, not run away in tough times,” he said.

At this point, however, airlines and handlers remain firmly at loggerheads over commitments. Carriers have insisted on the need for flexibility to pull out of markets as losses mount, while handlers argue that they cannot invest without commitment from their airline clients to stay in markets where they want to see investment being made.

“It’s a ‘chicken and egg’ situation,” said Mr Connell. “A lot of contracts are short-term.”

He hopes the consolidation among both handlers and airlines may help bring about a more strategic relationship, but as long as yields remain under pressure it is hard to envisage a change in airlines’ approach.

Meanwhile, the pressure on handlers will continue to rise with the growth in perishables volumes and the massive seasonal spikes. The appetite for fresh food of consumers in markets like China is expected to drive volumes up.

R'sR: IAG versus Air France-KLM: a tale of contrasts