Forget Brexit, we need a paradigm shift in attitude to solve driver crisis 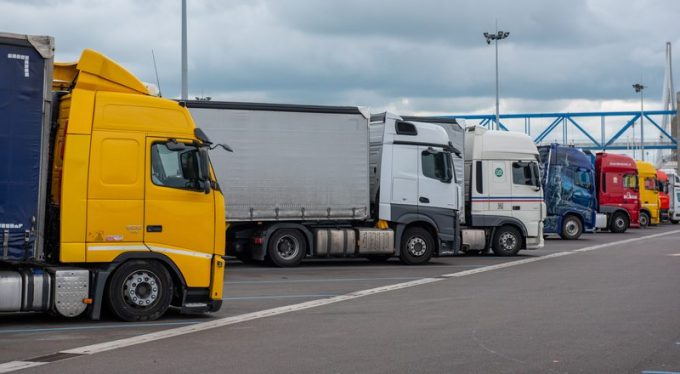 Recent driver pay spikes must be consolidated and become common practice for the UK to stem the loss of haulage capacity, but a cultural reset is essential for the industry to rebuild.

Actions by government and large haulage firms over the past decade have tarnished the profession, and the press focus on Brexit, as the reason for the driver shortages, is sucking the oxygen from the true causes.

This fixation on Brexit as the cause is a nonsense; the shortage is a long-running chronic problem made suddenly acute by the Covid pandemic.

Yes, European drivers have left, but many hold settled status. It is a lack of home-grown talent that is causing the shortage problem.

This lack stems from it being a tough job – long hours, poor wages, diabolical facilities and loads of responsibilities – for which drivers receive very little recognition.

If you add to this mix a national government with hostility towards the industry, any fool can see why people are leaving and recruiters are struggling to attract new blood.

That said, several of the large supermarkets are compounding the problem with their own hostile attitude; you only have to look at two of the budget stores which insist drivers unload their own lorries, something they wouldn’t dare do in France.

Although, one notable exception is Waitrose’s regional distribution centre in Preston, which offers excellent facilities and free refreshments. After nine to 10 hours on the road, this is what drivers want – to feel welcomed and valued – but in general, they are treated shabbily and as a nuisance by nearly all the big companies.

Along with all the difficulties created by agencies like the Driver and Vehicle Standards Agency (DVSA), which is obsessed with raising money to fund itself by punishing drivers with hefty fines for minor infringements, you get a better picture of the kind of pressures that drivers are suffering.

There is no short-term easy fix for this, it is a systemic problem that requires a change of attitude, and this must come from the top down. Until that happens, these issues will not be going anywhere.

The fixes are obvious and must start with the recent pay spikes becoming consolidated as the new minimum wage rates. For too long, large haulage firms have underpaid their drivers and now those chickens are coming home to roost, as they are forced to turn to agencies and pay, what for them is, over the odds but common practice among smaller haulage firms.

And from there they need a cultural reset, which means they need to stop treating drivers diabolically and instead recognise they are valued parts of the team.

Also, there is a need for a concentrated effort to both improve the quality, and number, of facilities for drivers around the country. While this may be a time-consuming enterprise, the government’s ability to rapidly set up Covid test sites proved it can be done.

Barring a ‘new-ish’ facility at Rothwell on the A14, I struggle to think of any driver-stop with adequate facilities and, at £50 a night, even this came with conditions requiring a cultural reset.

Most employers will only pay for parking with eating facilities and washrooms  if the vehicle is loaded, and as such a condition of their insurance, but if it is empty then it is tough luck for the driver. They must either pay for their parking – often more than night-out money – or find a layby. There are exceptions to this culture, but they’re few and far between.

My idea of a cultural reset is for government agencies and regulators to stop treating truckers as a ‘piggy bank’ to fund themselves, and we need less ‘road work fanaticism’, which sees authorities close three lanes because a lorry is having a tyre replaced, again giving drivers a bad name.

And the DVSA’s obsession with punishing drivers with hefty fines for minor infringements rather than advising and guiding them on the importance of safety is another factor that must be addressed.

It is a systemic problem and requires a top-down change of attitude from all who deal with drivers – without it, the problems will remain.