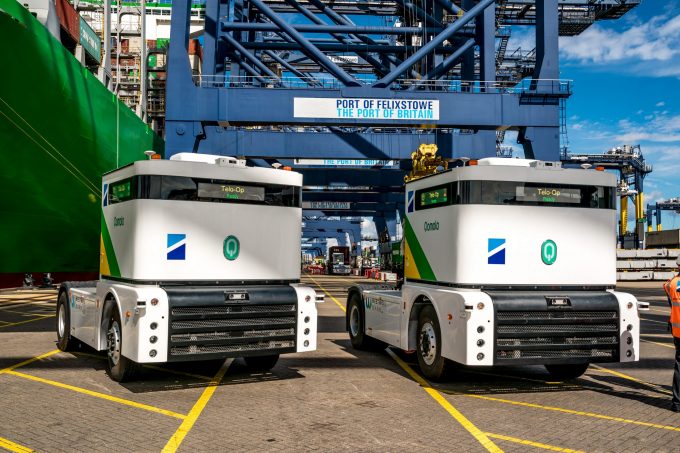 According to the port, over 90% of its workers voted to accept the deal.

More than 1,900 members of the Unite union walked out for eight days in August and September as pay talks broke down against a background of bitter recriminations.

The industrial action and congestion aftermath saw ocean carriers divert ships and thousands of import containers to London Gateway and Southampton for inland distribution, and to terminals at Rotterdam, Antwerp and Wilhelmshaven for later relay.

Moreover, the uncertainty of further strike action at the Hutchison Ports (UK)-owned facility resulted in a loss of bookings for Felixstowe just as the container demand bull market was pivoting into reverse.

Rumours had been circulating at the port for a few weeks that some progress had been made on a pay deal and that the two sides were talking again, but the threat of further industrial action persisted, along with fears that carriers were beginning to consider alternative UK ports where congestion was easing.

“We are pleased to have reached an agreement on the 2023 pay deal,” said Robert Ashton, COO at the Port of Felixstowe, clearly relieved that the deal could be done ahead of its annual round of stevedoring contract negotiations with shipping lines.

“This is the earliest we have concluded an annual pay review, and it provides welcome certainty and stability at a time when our employees, like everyone else, are facing an increase in the cost of living,” said Mr Ashton.

Last month, at the Peel Ports-owned port of Liverpool, 600 workers voted to return to work ending a series of strikes that also began in September, securing, according to the Unite union, pay hikes of between 14% and 18%.

Meanwhile, the port of Felixstowe is to introduce autonomous terminal tractor units (ATs) into its terminal operations as it endeavours to modernise its handling systems and reduce its high labour costs, when compared with its UK competitors.

The first two battery-powered units, supplied by Shanghai-based Westwell Lab, have been successfully trialled at Hutchison Ports facilities in Asia.

The trucks use a digital map which is loaded to a fleet management system that controls the navigation around the port. The ATs combine the map with onboard GPS navigation to track their real time position, claimed to achieve position accuracy of 2cm and steering angle accuracy of 0.5 degrees.