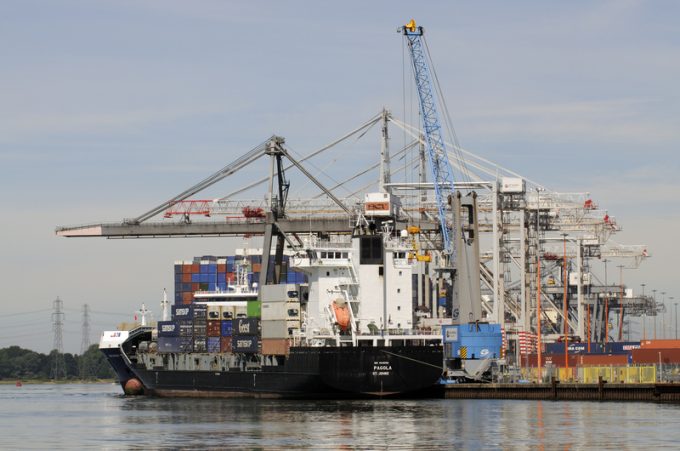 UK retailers potentially face weeks of delays in getting their Christmas stock onto the shelves in time for the peak consumer spending rush.

Moreover, UK exporters to Asia can virtually forget about getting containers shipped in November, due to carriers blanking a huge 11 eastbound voyages next month.

And many of those sailings that survive will be ‘cut & run’, without loading, due to the congestion at Felixstowe and Southampton.

The traditional peak season influx of holiday goods often stretches container terminals to their limits, but this year the supply chain is at breaking point – despite one source’s assertion that overall numbers are actually down this year.

The congestion problems that began at Felixstowe now appear to have spread to Southampton – partly due to the south coast port’s decision to accept extra business diverted from the Suffolk port.

Moreover, it is said, the UK’s acute haulage shortage and the indiscipline of the carriers in their schedule integrity and container control have put “impossible pressure” on the Southampton terminal.

One local port source told The Loadstar today that “hardly any” ships were arriving in their berthing windows, and when they do get alongside, a large amount of time is consumed in transhipping containers, information often not advised to the planners until just before arrival.

“The carriers just seem to have given up,” said the source. “I know there have been bad weather delays, but they have no interest in trying to regain schedules, plus they are taking last-minute decisions on what is to come off and what is to be loaded.”

And as landside and ship working productivity at Southampton has deteriorated, operator DP World has been obliged to issue several ‘terminal alert’ messages to customers.

One large forwarder customer who visited Southampton yesterday told The Loadstar this morning the situation was “absolute carnage”.

In its latest alert today, DP World said that, from Monday it would reduce its export receiving window from the normal 10 days to seven days.

It said it had also asked container lines to “ship as many empties as possible”, to “stop using Southampton to tranship empties from the US to Asia” and “not to discharge cargo for other ports without prior consultation”.

This ‘perfect storm’ began brewing at the UK’s largest container gateway, Felixstowe, in June when the Hutchison-owned port embarked on what proved a disastrous implementation of its in-house-developed NextGen terminal operating system (TOS).

A source told The Loadstar at the time the initial impact “was like a cyber-attack had hit the port”, with everything grinding to a halt.

“At one stage we were reduced to pen and paper for stowage plans,” he said.

Felixstowe put on brave face, suggesting the problems with working the ships was temporary and began issuing weekly status updates painting an improving picture. But sources at Felixstowe told The Loadstar recently “there was still no light at the end of the tunnel”, describing the situation as “complete chaos”.

Recently the port hired 30 tractor units from a major local haulier just to shunt boxes to their correct stacks.

The port has been ‘silent’ since its last customer update on 24 August, and port users The Loadstar has spoken to, including carriers, forwarders and service providers, are not optimistic of any improvement anytime soon.

As a result, several carriers have diverted Felixstowe-bound ships to other ports, or in certain cases pulled services altogether, with some opting to service the UK via feeders.