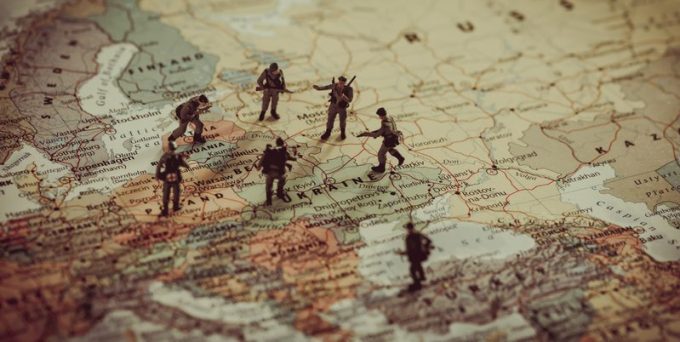 Shippers can expect yet another hike in freight rates, along with fuel costs, surcharges and supply chain disruption, following Russia’s decision to invade Ukraine.

Forwarders said this morning they expect further disruption, both in the war-affected areas and more widely.

“The Russian invasion of Ukraine is likely to exacerbate global supply chain issues and is already leading to price hikes in commodities, including fuel, which is spiking,” said Metro Shipping.

Chris Rogers, supply chain economist for Flexport, said: “The [conflict] could cause both physical disturbances to supply chains, as well as a reduced ability for international buyers to transact. In turn, there’s also likely to be increased commodity prices, which could further exacerbate ongoing global supply chain inflation.”

Others expressed concern over the likelihood of more cyber-attacks, already an issue for Expeditors and Nhava Sheva. One forwarder said: “If there are more, that could knock the shit out of the industry.

“Fuel is already heading north, bigtime, so BAF and fuel surcharges will be climbing. Also, a war generally increases freight rates – air and ocean on the deepsea – that happened during the Middle East campaigns.

“Security for air freight may be increased also, as a surcharge, which happened during the Iran conflicts.”

But along with yet more cost hikes, shippers can also expect further delays and disruption. Marc Boileau, SVP sales and carrier operations, EMEA, for FourKites, said: “Significant delays are predicted for road and rail routes through Ukraine and neighbouring countries.

“Conflict, increased border controls and sanction enforcement are all likely to add significantly to delays in the region.”

And he warned they could spread.

“A ripple effect is likely to increase delays and costs around the whole supply chain. For example, shippers from China to Europe may switch to sea to avoid the unpredictability of land routes. This mode is already under strain because of Covid-19, and Ukraine is likely to make that situation worse.

“For some suppliers, switching to air freight may offer a short-term solution, but this will increase costs significantly.”

Meanwhile, global logistics companies are halting operations in Ukraine, amid concern for their staff. A spokesperson for DB Schenker said: “We are observing the situation with the greatest concern. Our thoughts are with our Ukrainian colleagues. What is important is the safety of our approximately 90 employees in the country. We have paused our logistics operations in Ukraine and asked our employees to stay home.”

Truckers are warning that they will become “ever-more selective” in the jobs they pick amid fuel price uncertainty. One European haulier told The Loadstar: “The sustained high price of road fuel has already started to affect which jobs we will and won’t do.

“Crude prices have hit their highest in several years, and this is a pricing situation that cannot go on deteriorating. But it looks likely that this will only be getting worse with news of the Ukraine fiasco.”

Following Russia’s announcement of its “special military operation”, crude prices passed $100 a barrel for the first time in eight years.

Senior advisor of public affairs at the IRU, John Kidd, told The Loadstar the union was monitoring the situation “closely”, but warned transport operators against any planned movements to or from the region.

He added: “We recommend this until an official announcement is made on procedures for entry-exit and transit of the country.”

One haulage operator told The Loadstar he thought it was “too soon” to make a judgement on how to respond to the crisis, warning that the focus needed to remain on immediate issues, and would nonetheless continue to monitor developments closely.

The haulier said: “If you worry about the one [problem] after that, and the one after that which may or may not arrive, you will go crazy.”

A second haulier added that the problem would likely be more acute in the immediate future for “one-man” operators, as most larger companies include fuel surcharge agreements to counter additional expenses linked to sudden fuel price rises.

The haulier told The Loadstar: “Smaller firms subbing for larger hauliers may not get an increase unless they push for it.”

Mr Kidd’s colleague at the IRU, Carla Travagnin, added the situation was complex, but noted that rising fuel prices would have a “major impact” on not only costs, but the road freight routes chosen by operators.

One forwarder believed other impacts from the invasion would no doubt make themselves felt in due course.

“We will watch and see where Putin is going with this, and what is his outcome. If I were an egotistical, paranoid, oligarch-like mad dictator, I would target, digitally or physically, global trade – ie, shipping.

“Hopefully it will de-escalate, but I doubt it.”