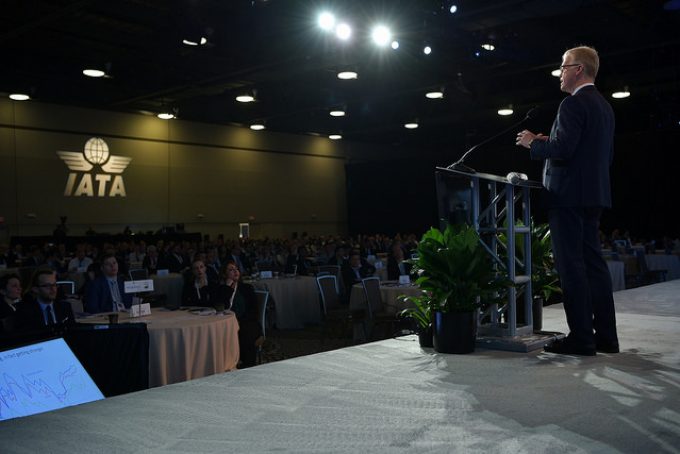 But, as forwarders look to book space through the year to avoid a capacity crisis like last year’s, analysts indicate that demand for air freight may slow slightly. But in the short-term, it remains strong – and the peaks are here to stay.

Brian Pearce, chief economist for IATA, told delegates at the World Cargo Symposium in Dallas the strong cyclical upturn seen 12 months ago was, in part, due to low inventory levels.

“Businesses were caught out, facing a run down in their inventories. They needed to re-stock, and quickly. They hadn’t quite anticipated the strength of consumer demand.

“But inventory restocking cycles don’t last for ever…businesses will turn back to cheaper modes of transport.”

However, those low inventory levels could instead be related to the growing e-commerce sector. Brian Clancey, MD of Logistics Capital & Strategy, pointed to the changing shape of retail cycles, and decreasing reliance on holding stock.

“The conventional retail supply chain has a 125-day cycle,” he explained.

But, he pointed out, the e-commerce retail supply chain runs on a weekly cycle, stock is built to order and there is no need to hold inventory, suggesting that the inventory:sales ratio could now be a less useful indicator.

Mr Pearce acknowledged: “Up to last year, you could explain the changes by the sales inventory. But for the current upturn, we have only been able to explain about half of it,” he said. “There are other things happening, such as e-commerce and a rise in pharma.

“Inventory cycles are getting shorter, there are lower inventories for retailers and manufacturers and Amazon and others can get stuff moved around very quickly, so there is no need for high inventory levels.

“We are starting to see things changing that are unexplained. One big problem is the lack of data in e-commerce. There is more uncertainty – but we do take that into account.”

Along with the rise in e-commerce volumes has been lack of growth in capacity, caused by the slowdown in air freight demand. In seven of the past 10 years, capacity growth (ATK) has outpaced demand (FTK).

Meanwhile, belly capacity is increasingly gaining share over scheduled freighter capacity, accounting for 67% of the market in 2017, against 62% in 2010. And capacity growth up to 2021 will be driven by bellies. Of future freighter deliveries, 78% will be for the integrators and, by 2021, 100% of orders will be for the integrators, noted Mr Bloemen.

He added that the peaks, some of which were attributable to particular commodities and regions would remain, causing further headaches for balancing supply and demand.

Machinery parts, raw materials and hi-tech contributed most to air cargo volume growth, he said. Fidget spinners, popular with children, accounted for a surprising additional 38,0000 tonnes of air freight, out of China last year, primarily in May and June. Milk powder, imported to China, was more stable throughout the year, but accounted for 32,000 tonnes.

Meanwhile, while international mail parcels grew 10% between 2006 and 2016, and express grew 5.4%, air express average shipment sizes have decreased dramatically – by 16% since 2010, an indication of growing e-commerce.

Regionally, while Chinese exports were “spearheaded” by east and south China, imports were centred around Shanghai. Germany, which saw 16% air freight growth, accounted for 32% of western European growth last year, while Vietnam accounted for 54% of South-east Asia’s growth.

Coming up: global trade and the economy