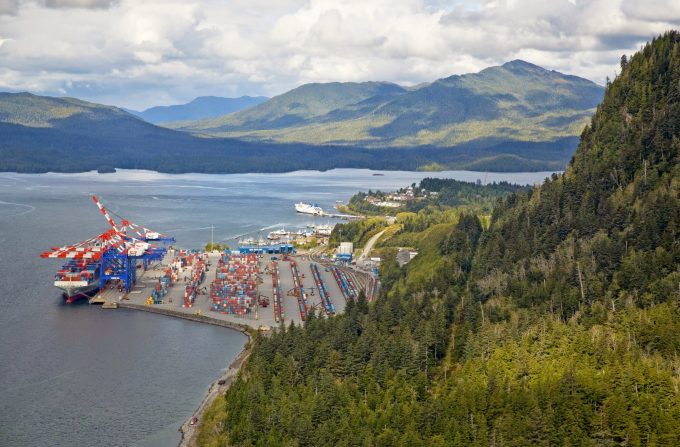 DP World and Canadian fund manager Caisse de Dépôt et Placement du Québec (CDPQ) are to provide $3.7bn of investment in global ports, with the terminal operator transferring a 45% stake in its Vancouver and Prince Rupert operations to CDPQ to help fund the platform.

DP World will have a controlling 55% stake in the investment platform, with CDPQ holding the remaining 45%. The partners said 25% of the fund would be reserved for investment in greenfield sites.

DP World will also maintain control of its operations in Vancouver and Prince Rupert, despite handing over assets with a combined value of $640m. Chairman and chief executive Sultan Ahmed Bin Sulayem said the partial monetisation of the group’s Canadian assets would strengthen its balance sheet.

“The opportunity in the port and terminal sector remains significant and this partnership offers us greater flexibility to capitalise on these opportunities while maintaining a strong balance sheet and retaining control,” added Mr Bin Sulayem.

“By combining our in-depth knowledge of container handling and CDPQ’s expertise in infrastructure investing and long-term horizon, we can continue to develop the port and terminal sector globally,” he said.

Last week, The Loadstar reported on the increasing financial pressure on terminal operators from a combination of rising costs, pricing pressure from carriers and increasing risks – many experiencing 10-20% higher opex and capex costs due to the introduction of larger vessels sizes.

Michael Sabia, president and chief executive of CDPQ, added that the investment platform with DP World would provide “access to high-quality transactions” and the opportunity to invest in the best port infrastructure worldwide.

“As a first step, we are pleased to announce two key investments in British Columbia,” said Mr Sabia – referring to the investments, subject to regulatory approval, in Prince Rupert and Vancouver.

“We look forward to leveraging our in-house infrastructure expertise and DP World’s strong track record in the port sector to deliver attractive long-term returns for our clients,” he added.

In the past two years, DP World has made several significant expansions and acquisitions in Canada, including buying the Fairview Container Terminal in Prince Rupert and announcing it is looking to further grow the terminal’s capacity beyond the 1.3m teu expansion due for completion next year.

Earlier this year, its attention switched to Canada’s Atlantic seaboard when it took a lease on the Rodney Container Terminal at Saint John Port in New Brunswick. DP World intends to create a 350-metre deepwater berth, an enhanced stacking area and an intermodal rail yard capable of handling full trainloads.

“We are delighted to have a presence on the east coast of North America for the first time, and we see great growth potential,” said Mr Bin Sulayem. “We will be making a major effort to grow business, which will, in turn, have positive economic impact in the region.”

The decision by DP World followed news of a $154m investment from the federal and provincial governments together with Port Saint John that would seek to revitalise the port, with main berth and container channels deepened by 2023.

Speaking at the time of the announcement, Jim Quinn, chief executive of Saint John Port Authority, said he was delighted to welcome DP World as the new operator of the Rodney Container Terminal and to share in the expansion project for the terminal.

“The commitments that DP World has made to invest in equipment and systems, commercial promotion and sustainability are critical for the long-term success of the project,” added Mr Quinn.

DP World said that the port’s focus would be on growing Canadian trade with Europe and Latin America, as well as increasing sector competition in the eastern part of the country, while industry will be witching to see whether it can replicate the success experienced at Prince Rupert in winning a share of hinterland cargo into the northern and midwest regions of the US.