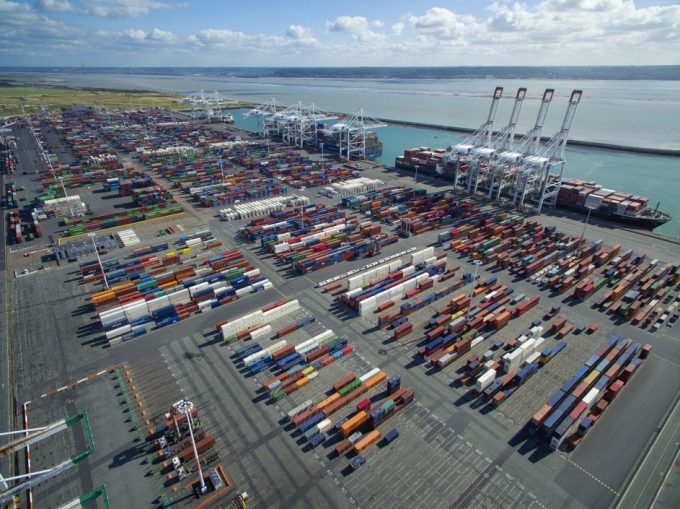 GMP (Générale de Manutention Portuaire), a joint-venture between DP World and CMA CGM’s Terminal Link subsidiary, has been awarded the service concession for the construction and operation of berths 11 and 12 at the port of Le Havre.

GMP will invest in two new container berths spanning 700 metres of quay, with a 42ha terminal and an operational capacity of 1m teu.

The concession agreement is for a 34-year term, including two years of study and design, a further two years for construction and 30 years of operation.

The new facility will be located at the west end of the Port 2000 development.

Christine Cabau Woehrel, executive vice president responsible for industrial assets at CMA CGM Group, said: “The decision of the port of Le Havre supervisory board is excellent news for all customers who have shown their confidence in GMP and the Le Havre terminals it operates. It will further energise the port activity of Le Havre.”

According to DP World, the new berths will benefit from “state-of-the-art equipment to service large container vessels”, which would include “smarter trade-enabling solutions to increase productivity” and direct rail access to the hinterland.

Louis Jonquierre, managing director of GMP, said: “The signing marks a new chapter in our partnership with the port of Le Havre. The addition of the two new berths will enable us to secure more volume and provide high-efficiency services. As a major hub port, the expansion in the terminal will facilitate the capture of more volume from the trade, benefiting from the momentum that has built in the region.”

Indeed, although Le Havre offers carriers a strategic geographical advantage as a potential last loading port in North Europe, in the past it has been unable to take full advantage of its location due to a lack of capacity for growth.

The throughput figures for the Le Havre terminals were flat in 2018, at 2.9m teu, and it is the fifth-ranked container hub in North Europe with a market share of 6.5%.

The 2M Alliance has added Le Havre as a port of call on its AE7 loop and the other alliances are said to be keen to grow their business at the French port.

A carrier source told The Loadstar recently it would like to “make more use” of Le Havre as a hub and transhipment port, but it could not always rely on getting a berth or making transhipment connections.

“We also have some problems in the shunting of boxes to other terminals,” he added, “there is really no point getting the box to Le Havre and then the ship sailing without it.”

GMP, which employs around 1,200 people, currently operates berths 2 to 5, located at the east of Port 2000, along with the Quai de l’Europe and Quai des Ameriques facilities at the northern terminals of the port.