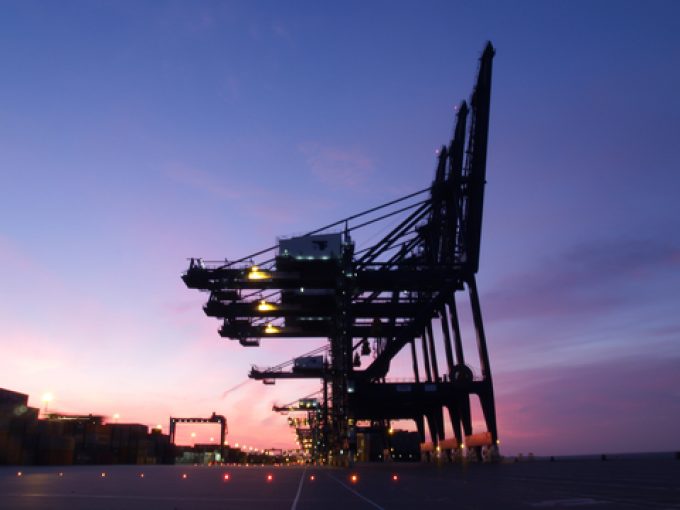 The threat of dock strikes at Felixstowe and Liverpool next month, together with the potential resumption of industrial action at German ports, add to the supply chain woes of Asia-to-North Europe shippers.

Moreover, the risk of further disruption to carrier networks as they attempt to navigate heightened congestion at North European hub ports is likely to slow the decline in container spot rates on the tradelane, despite weakening demand.

However, nearly half of shippers no longer feel confident of the stability of contract rates, which are coming under pressure, and carriers can expect to receive requests to renegotiate as the peak season fizzles out and the slack season begins.

Meanwhile, this week’s Freightos Baltic Index (FBX) reading for Asia-North Europe recorded a fall of 6%, to $9,641 per 40ft, as carriers increased their discounting to mitigate booking shortfalls.

For Mediterranean ports, where demand has held up better, the FBX component edged down by a more modest 1.5% on the week, to $11,848 per 40ft.

On the transpacific, spot rates from Asia to the US west coast continued to tumble, with the FBX shedding another 6% this week, to $6,593 per 40ft, representing a year-on-year decline of 64%.

Rates for the US east coast, however, increased by 4%, according to the FBX, to $10,316 per 40ft, underpinned by congestion at west coast ports – but they are still 47% lower than a year ago.

US-based analyst Jon Monroe said the US retail trade had been “hit hard” and most of the big retailers were slowing or limiting deliveries.

“Consumers are becoming more selective in their purchases and buying only what they need,” he said, adding that product at retail stores “is not moving off the shelves quick enough”.

“This in part is responsible for fully stocked warehouses and containers sitting in their yards,” he said.

More ocean carriers will report record second-quarter results in the coming weeks, but there are signs that the liner industry boom of the past two years is beginning to tail off.

Indeed, in its July Asia-Pacific market update, Maersk refers to a “broader weakening in demand”, adding: “The outlook remains highly uncertain, and we mainly see downside risks to our base scenario.”

And, reflecting this downside risk, freight rate benchmarking firm Xeneta’s survey this month of its long-term contract customer base found that many respondents were “looking to renegotiate contracted rates, given the recent spot market drops”.

CEO Patrik Berglund said: “The signs are clear, there is a shift in sentiment as some fundamentals evolve. Our customers, mainly large-volume shippers, now find themselves in a stronger negotiating position.

“Our survey showed that 44% no longer feel confident of the stability of long-term contracts – and of that 44%, some 22% said they were more likely to allocate lower volumes only to cheaper contracts; while 22% preferred to move allocation to the spot market as soon as prices dip below long-term rates.”