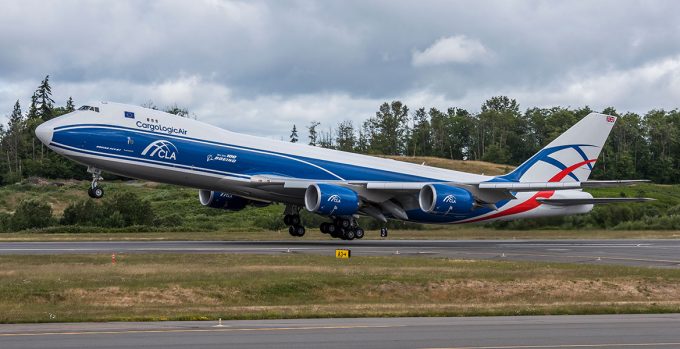 The global air freight market is likely to benefit from a no-deal Brexit and from potential crises around the world this year.

While market uncertainty is expected to see fewer forward bookings in air freight, the potential chaos caused by Brexit, or a significant upturn in trade hostilities between the US and China (or anywhere else, for that matter), could see shippers flock to air to ensure timely deliveries.

This week Aston Martin, the luxury car-maker, revealed its board had authorised it to use air freight to ensure parts arrived in time, in the event of a no-deal Brexit.

Car parts usually take 12 weeks to arrive after ordering, Aston Martin’s chief executive Andy Palmer told Reuters. he said the carmaker was working on deals with DHL, its logistics provider, which would include air freight bookings and using ports other than Dover.

Mr Palmer added: “Both the European and the UK politicians are not discharging the duty for which they are put in place, which is, basically, to plan and bring certainty to allow the country to thrive.”

However, there are always winners in uncertain times and the air cargo industry sees an upside to a no-deal Brexit. And while acknowledging greater uncertainty in the market this year, Robert van de Weg, executive vice president sales and marketing for Volga-Dnepr Group, said he was “quite positive”.

“There could be some upside in Q2, because of Brexit and China tariffs – usually every degree of chaos will lead to more air freight.

“In the mid-term, there may be a more negative impact, but uncertainty generally has an upside. We believe it could work out for us; my feeling is positive.”

He said airlines in the group, such as AirBridgeCargo, as well as strategic partner carriers, such as the UK’s Cargologicair, had already received Brexit-related requests.

“The uncertainty can mean a boost for air freight out of the US and Asia, as well as Europe and in and out of the UK, as traditional shipping patterns are expected to be disrupted,” he explained.

He added that the group had already seen a boost in demand from South-east Asia as shippers had accelerated the movement of production away from China, owing to the trade war.

“It’s likely to be a combination of tariffs and normal movement. China is becoming more expensive, so some production is moving anyway – but tariffs have accelerated it. People want to be prudent and to diversify, no matter what happens.”

The UK government is expected to prioritise medicines and food supplies if chaos hits supply chains, and parts for luxury cars are unlikely to be on the list.

Aston Martin has just one plant, in the UK, and said it would also hold a stock of cars in Germany.

Companies are now starting to take the possibility of a no-deal Brexit seriously, and taking precautions. This morning, the UK’s Walker Logistics said it had agreed a deal with Germany’s Limal, a fulfillment services company, to hold stock at Limal’s storage facilities and fulfill orders for mainland Europe from there. In return, Limal’s clients can use Walker’s UK facilities.

“With confusion still surrounding the movement of goods between the UK and Europe after Brexit, and talk of blockages and delays at ports, the arrangement will be immensely helpful to companies striving to put post-Brexit contingency plans in place,” said William Walker, sales and marketing director.