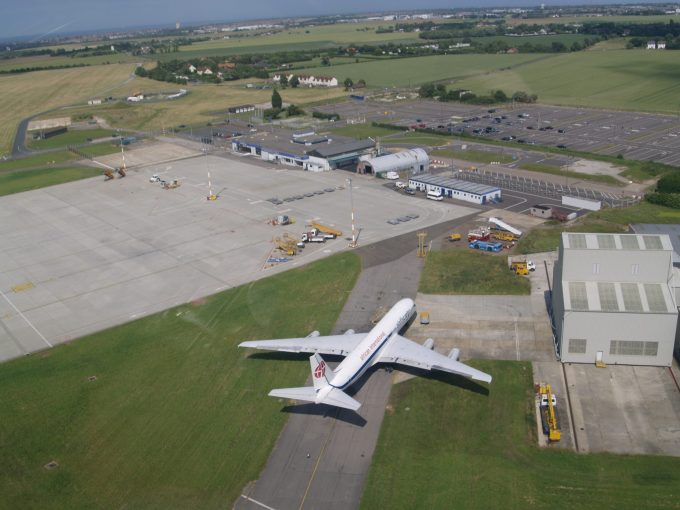 Approval has been given for a US land developer to redevelop Manston Airport into a cargo hub.

This is despite strong and long-standing objections from community groups and the planning inspectorate.

This paves the way for what RSP claims will be a £500m ($590m) investment, said director Tony Freudmann, adding: “[This] is a day to celebrate the culmination of years of campaigning.

“I would like to pay tribute to the extraordinary army of Manston Airport supporters who have never given up hope of seeing new life breathed into this historic aviation asset.”

“Airports bring huge investment and Manston is expected to receive hundreds of millions of pounds,” said Mr MacKinlay. “This means new industries and a huge number of jobs in a relatively short period of time. Manston can fly.”

RSP considers Manston could alleviate “long-term overcrowding in the London airport system” with an alternative south-east terminal, which it also believes may ease congestion from lorries using the Channel Tunnel to reach European airports.

It suggested the reopened airport could provide over 23,000 jobs in “one of the [UK’s] most deprived areas”.

However, Aviation Environment Federation director Tim Johnson slammed the DfT decision, which he said ignored “the recommendations of the examining authority”.

He added: “The authority concluded originally that the applicant had failed to demonstrate any need for the proposal, which, consequently, could not justify the project’s environmental impacts.”

This, he said, set a “very low bar” for airport expansion as the government espoused its commitment to deliver on targets and achieve net zero aviation for the UK by 2050.

Meanwhile, Louise Congdon, managing partner of York Aviation, which carried out an assessment of the RSP scheme, said the developer had “misrepresented” York’s assessment to justify its proposals, including using global forecasts rather than UK specific data to suggest a move from bellyhold capacity to full freighter.

She told The Loadstar York’s position had not changed since RSP’s 2019 application, adding: “There’s no transparency on how they got these projections, but based on our most realistic forecasts, Manston would be able to recapture what it had before.

“If that market grew, it might meet 2,000 movements in 2040, this is nowhere near enough to justify a DCO application.”

Similarly, the planning inspectorate contested Manston’s viability as a full freighter gateway, claiming RSP “failed to demonstrate sufficient need for the proposed development, adding: “[We] conclude that the levels of freight the proposed development could expect to handle are modest and could be catered for at existing airports.”

One source told The Loadstar Manston’s location – an hour’s drive from the M25 – prevented it from being useful for air freight, but a second source, with experience of running full-freighter services, saw some potential, pointing to a surge in cargo-only European gateways.

Barring further impediments, planning and design work on the airport is expected to commence in the coming weeks, with construction work beginning late next year for services launching in early 2025.

'Cold ironing' can reduce emissions at UK ports, but government must help

The UK ports industry has called on the government to help it reduce carbon emissions ...

The UK’s Department for Transport (DfT) has signed a £77.6m deal with four ferry operators ...

The UK Department for Transport (DfT) has announced financial support for the UK’s ferry sector, ...

Eight transport operators have signed up to a government procurement network providing emergency capacity for ...

Whitehall splashes out £30m to help ports, roads and rail cope with Brexit

Government grants to help ports prepare for a no-deal Brexit have been welcomed by operators, ...