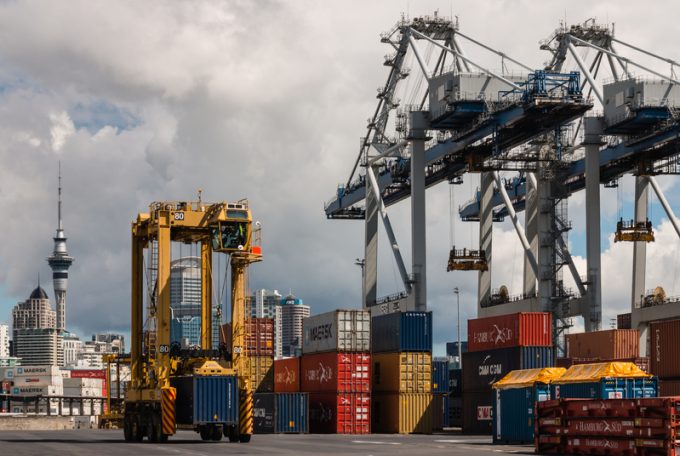 Delays at the New Zealand port of Auckland have become a “multi-million dollar problem” for the nation’s shippers.

Rocketing demand for containers, staff shortages and a half-finished automation programme have combined to create a “perfect storm” of delays, exporters say.

Local reports claim Ports of Auckland Ltd (POAL) is only using a third of its crane capacity and has been unable to fully use its new automated straddle carriers, because overseas engineers were blocked from entering the country after its borders closed.

Vessels are currently waiting up to five days for a berth, with delays to pick up containers of 9.4 days after scheduled arrival, according to POAL data.

Chris Edwards, group MD at Auckland-based Go Air Land Sea Logistics, said importers now faced the conundrum of whether to stick with Auckland or switch to the port of Tauranga, situated 200km south-east.

“Given that Auckland has a US$200 per teu congestion surcharge, you’d think the simple answer must be to ship via Tauranga,” he told The Loadstar. “That would be the correct method, if there wasn’t a 10-14 day delay in railing the container.

“So potentially, despite the surcharge, Auckland could still provide earlier container access, if time is the main criteria. There looks to be little sign of the Tauranga congestion easing, but there are small signals that Auckland’s may be improving, albeit at a glacial pace,” Mr Edwards explained.

He said freight rates from China and South-east Asian ports to Auckland were US$3,500-$4,000 per teu, plus the congestion surcharge.

Interestingly, Mr Edwards said, the port of Tauranga’s annual report had directly attacked POAL’s performance and its “inability to have its infrastructure working properly, many months after its implementation”.

He added: “Some will see this as competitive rivals sparring, but the facts raised can’t be denied, and the impact on the Auckland region remains a significant multi-million dollar problem.”

Delays in Australia have also been partly blamed for skewing Auckland’s schedules. Mr Edwards saidit was “great news” that shipping lines had recently begun removing port congestion surcharges at Sydney’s Port Botany, with the problems there easing, but cautioned POAL needed to “get back to a predictable berthing timetable as soon as possible so it remains a viable option for direct vessel calls”.

However, the port says it won’t be able to reintroduce fixed timetables of accurate berthing windows to shipping lines until the end of April, and Mr Edwards said: “We believe that is optimistic based on what we know, but we sincerely hope we are wrong for everyone’s sake.

“We want the port to be functioning properly and the ‘waiting for berth’ information removed from the planning window. If there is one thing we have learned during this POAL debacle, it’s that people prefer predictability over visibility every time.”

Against the odds: Your supply chain risks being cancelled by Gen Z

Risk getting rubbed out?