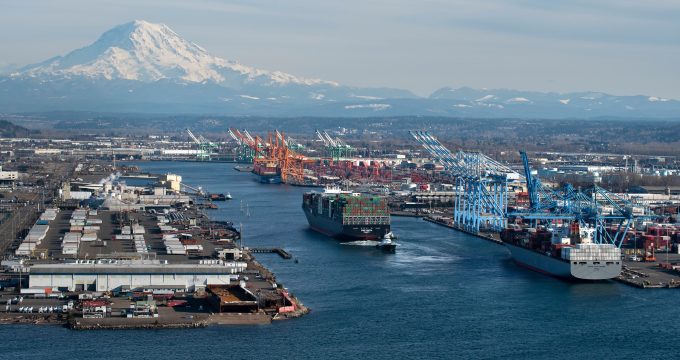 Ports and operators on the US west coast are torn between using ‘a carrot and a stick’ to unclog congested cargo terminals.

The San Pedro port complex keeps postponing a charge for long-dwelling containers, but other terminal operators have brought in a fee, or are trying to incentivise truckers to retrieve boxes faster from the docks.

The ports of Los Angeles and Long Beach were leading the charge to whittle down the number of long-dwelling containers at their terminals through penalties, but they have kept pushing back implementation. Announced on 25 October, it was deferred again on 30 November, with the port authorities saying they would not consider introducing it before this week.

They needed another week of monitoring data, they announced, indicating introducing a fee may well be pushed back further.

The idea is for fees of $100 per container, rising in $100 increments with each additional day, after nine days or more on the docks if they are to be collected by truck, and six days and over for rail containers. The proceeds would be invested in programmes to enhance efficiency and address congestion issues.

The port authorities say there have been improvements, reporting 37% fewer long-dwelling boxes at their facilities since the October announcement.

However, one forwarder executive said: “That charge was never going to happen. Too much political backlash, but the threat has done some good.”

Meanwhile, up the coast at Seattle, one terminal operator has decided excess dwell fees are the way to go.

SSA Marine notified importers on 26 November it would levy a container dwell fee on boxes overstaying their welcome – still at the terminals more than five days after being made available for pick-up. Starting at $50 per box per day, it goes up to $75 after five days and to $100 and $150 after 10 and 15 days, respectively.

And last month at Tacoma, Husky Terminals announced a $315 charge for containers that spent more than 15 days on the docks, while United Terminal notified customers of a $310 fee for boxes with a similar dwell time.

Back at LA and LB, operators have leaned more towards incentives to tackle container backlogs. All 12 members of the West Coast Marine Terminal Operators Association decided to make a temporary adjustment to the traffic mitigation fee (MTF) of $34.41 per teu and $68.82 per feu charged on all laden containers. In an effort to encourage off-peak pick-ups they are waiving the charge at night while hiking it in the daytime to $78.23 per teu and $156.46 per feu.

CMA CGM is also playing the incentive card to encourage early pick-ups of containers at LA and LB. For 90 days, from 1 December, it offers importers, that have commercial hauliers collect their boxes within eight days, $100 per container if they are picked up during the day, but $200 at night and on weekends.

This could cost the container line more than $22m, according to its own estimates and, on top of this, CMA CGM has pledged financial support to the Fenix Marine Services terminal to compensate for expanded hours of operation.

However, charges have not fallen out of favour altogether at the port complex. APM Terminals has announced new fees for trucking appointments from 1 January. The Harbor Trucking Association reports that failure to show up for an appointment will draw a $65 levy, while cancelling an appointment 2-8 hours prior will cost $25 – the same amount as for setting up a same-day appointment. Truckers that perform a gate move without an appointment will be charged $100.

The plan has drawn instant condemnation from drayage operators, who argue that missed appointments are often due to factors beyond their control, such as delays at drop-offs. They also point out that many of them are stuck with empty containers, unable to return them to terminals swamped by an estimated 120,000 empties.