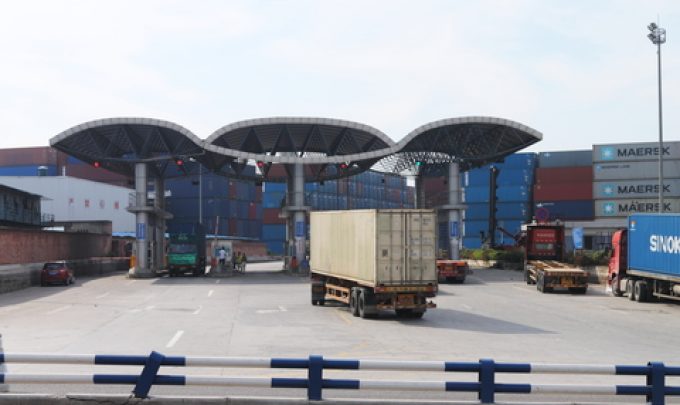 Supply chain disruption in China is easing alongside an apparent slowdown in the spread of the coronavirus.

However, more congestion and capacity shortages are still expected.

Today China reported the fewest new cases since the city of Wuhan went into lockdown on 23 January, according to the South China Morning Post. The flu-like illness has killed 2,118 people on the mainland, with 74,576 confirmed cases.

“I think we’ve turned a corner, and operations are returning step-by-step,” he told The Loadstar. “Except for Hubei province, businesses and transport are gradually returning.”

Nationwide transport limitations and 14-day quarantine on returning workers has kept many factories closed or at limited capacity. But NGL estimates 80% of factories have reopened in some capacity in Tianjin, Dalian, Shanghai and Qingdao and up to 50% production in Guangzhou and Shenzhen – but the majority of production in Ningbo is still offline.

“We expect the capacity for deliveries from Chinese factories will remain low during the remainder of February,” Mr Holmqvist said. “The main limits on transport are the road closures and the limited capacity of truckers, but it’s improving day by day.”

With so few truckers moving cargo through China’s container terminals, yard density has reached “critical levels”, and with little cargo to collect, shipping lines have withdrawn more than 1.67m teu of export capacity from China services since the lunar new year holiday, according to Alphaliner.

Congestion at China’s airfreight hubs will be another challenge, said Mr Holmqvist, adding: “Import warehouses at the main airports have been very congested due to cargo arriving and many importers not available to arrange pick-up.

“The situation is expected to improve in the coming weeks, as importers return to operation, but freight capacity is limited after more than 40 airlines reduced or suspended passenger flights, cancelling belly-hold space. Freighter aircraft will return to the market and increase capacity once factories are back in operation.”

China-Europe rail freight has been consistently touted as a viable alternative for shippers throughout the crisis. However, while trains are running – albeit with reduced frequency – Mr Holmqvist said the road closures and limited number of truck drivers was  disrupting container positioning here too.

“Many cities only accept local licence plate trucks to operate within cities,” he said. “Several receiving stations, like Shanghai and Ningbo, are limiting cargo.

“Pick-up for rail services within the south China region, Fujian and Guangdong province, is working with reasonably normal function, but with higher trucking costs, and pick-up from the eastern regions, Jiangsu and Zhejiang provinces, is still limited and also at a premium cost due to reduced capacity.”

Mr Holmqvist said he expected train services to resume normal schedules from the second week of March, but with high demand and limited space available.