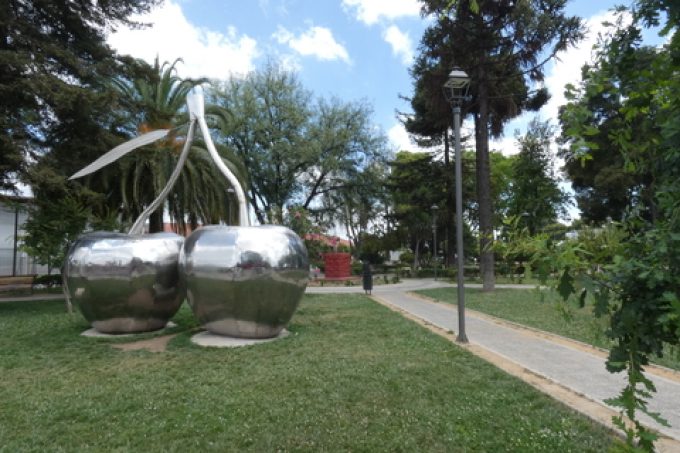 Exports of perishables from Chile have been hard hit by logistics delays, resulting in significant losses.

The country’s main perishables export organisations have been in talks with the ministries of transport and economy to find solutions to problems that have taken a heavy toll on fruit shipments to overseas markets.

The aim is to find measures that can improve port efficiency, address shortages of logistics personnel, mitigate high shipping rates and attempt to reduce transit times to viable levels again.

Looking back on Chile’s 2021-22 fruit exporting season, president of the Federation of Fruit Producers of Chile (Fedefruta) Jorge Valenzuela described it as “one of the most difficult in the past 25 years”.

On top of traditional challenges like drought, availability of seasonal workers, disease management and exchange rates that contributed to the problems, he cited logistics issues as “a much more major challenge”.

Several types of fruit exports have been seriously affected by delays. For example, shipping grapes to Philadelphia took 45 days instead of 20,  and as a result, out of 75 million boxes shipped, 25m were compromised.

And blueberry exporters fared even worse. With transit times more than double traditional schedules, half of Chile’s blueberry exports were hit, with about 10% a complete write-off.

Some sectors, like Chile’s cherry growers, actually booked record volumes of exports, but they were seriously affected by logistics problems that stretched transit times. An estimated 40% of cherries shipped to China in time for the lunar new year festivities missed the holiday. Overall, about 30% of Chile’s cherry exports were affected, and of a total of $2bn-worth of cherry shipments, about $350m-worth were lost.

Many of Chile’s apple farmers did not even bother to send their harvest overseas, as their narrow margins could not absorb the heightened freight charges.

Lately, concerns have risen over kiwifruit exports, which were 12% down year on year by late July. Shippers are worried about an oversupply of kiwifruit in the important European markets, which account for 33% of Chile’s export output. North America and Asia account for 20% and 17%, respectively.

To add insult to injury, port operators have charged fruit exporters demurrage fees, effectively penalising them for being unable to load vessels on time.

And relations have become frosty; some fruit exporters are mulling legal action against ports. One exporter, who described the situation as “catastrophic”, said that “the path forward will be to engage in legal action”.

The gravity of the situation has prompted an unprecedented collaboration between government and the private sector to find ways to deal with the crisis.

“The loss of fruit and the uncertainty generated by the inability to have fruit arrive on time to international clients is generating a crisis that affects the image of Chile as a premier global supplier,” said Ronald Brown, president of the Fruit Exporters Association of Chile. “This severely jeopardises Chile’s place as the main producer-exporter of fresh fruit in the southern hemisphere and fifth largest worldwide.”

Accounting for 60% of Latin America’s fruit exports, Chile is the region’s leading exporter of blueberries, grapes, plums, dried apples and prunes, and the second-largest exporter of avocados, cherries, walnuts and raspberries. Foreign food exports amount to $18bn a year.

The crisis talks brought up a few ideas for consideration, such as the authorisation of the port of Ventanas to handle cargo vessels, modifying the wave height restrictions in the port of San Antonio to facilitate visits by more ships, and giving priority to food and strategic supplies in port operations.