News / Cargolux highs and lows: running a freight airline not for the faint-hearted 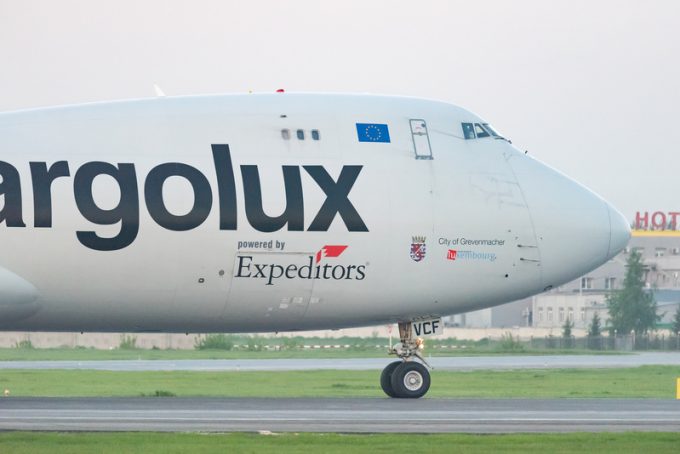 The shipping lines, with their multi-billion dollar profits (and almost no taxes), are the ones making all the headlines, but the all-cargo airlines, presumably much to the chagrin of their passenger-carrying cousins, are also having a stellar time.

There is no better illustration of the highs and lows of freighter airlines than the chart below, compiled by The Loadstar over the past 11 years. 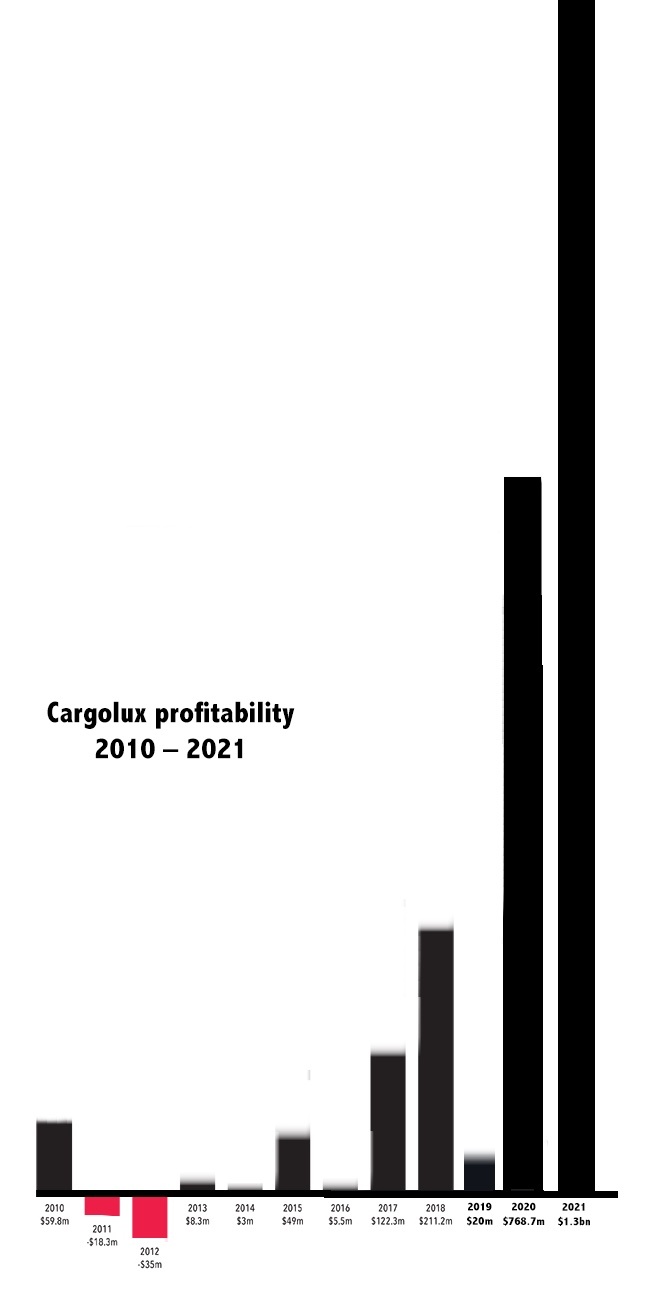 Richard Forson, president and CEO, has been at the carrier since 2012 and knows all about the lows of running a freighter airline. Last year, he downplayed the historic high, drily noting the profit was the equivalent of “just four aircraft”.

This year, the carrier emphasised, at the top of its release, that the profit “allowed the further strengthening of the group’s balance sheet, especially in the building up of its cash reserves”. No doubt, the words of an accountant.

Running a freighter airline is not a job for the faint-hearted, but it seems it can take two types of people: the entrepreneurs and risk-rakers; and the cautious accountant types.

Since Mr Forson took over Cargolux, it has changed from an in-fighting, media-leaking, investor-losing carrier  to one quietly and confidently getting on with its business. And Mr Forson is driven by the watchword of “caution”.

“I have always been more pessimistic than optimistic,” he told The Loadstar. “Money can go out as fast as it comes in.”

Last year’s results, he explained, were driven by “continued disruption in logistics, and the slowness of air travel coming back, further disruption such as the Suez Canal; and the shortage of staff at ports and shipping backlogs, with the US a prime example of that”.

He added: “It was a set of circumstances that resulted in demand levels being out of sync with the capacity in the market.”

This year, Cargolux, which only reports results annually, has apparently had a record first quarter. But true to form, Mr Forson is not breaking open the champagne.

“It was a pretty strong Q1, but what’s having an impact is the war [in Ukraine]. And that is having an impact on the price of fuel, which has increased significantly. And there is the zero-tolerance policy on Covid in China.

“I think the first half will be fairly strong – but I am extremely cautious about the second quarter, in part because of Chinese lockdowns and people getting to work.”

He also cited inflationary pressures impacting consumer spending as another reason for caution. And, of course, the biggest impact of Ukraine, the closure of Russian airspace.

“Longer flights come at a significant cost to maintain the network,” he said, “and to keep flights going.”

Cargolux appears to be the only carrier charging war-risk surcharge, something forwarders have noted negatively.

“We need to recover the additional costs we are incurring,” said Mr Forson. “Other airlines might just be adding that into their all-in rate, or perhaps you’ll see a more significant increase in their fuel costs.”

Cargolux doesn’t take chances with elements of risk, such as surging fuel prices. Mr Forson explained that its fuel surcharge mechanism “is the prime hedge that we have against increasing fuel costs”. But the carrier hedges fuel as well in some markets where it cannot operate its FSC, or where the market is based on all-in rates.

And, he noted, Cargolux is worth the money.

This is in marked contrast to the airlines’ sea-going rivals, where complaints of high prices and poor service are rife. But in a disrupted market, Cargolux must have faced some difficulties, presented customers with some challenges.

“Obviously, in China recently we have seen a lack of manpower as well as flight restrictions, because of the staff shortage and lack of space to store cargo. Elsewhere in the world, the quality of service has been affected by lack of staff – and therefore the quality of service provided by the existing manpower. There has been a lack of consistency.”

Pulling no punches, he cited the US as the worst performer.

“US infrastructure is not as developed as the rest of the world. The emphasis has been on passenger terminals rather than cargo terminals. But we worked with our handlers to ensure proper planning.

“I won’t let a plane depart without the cargo it is meant to carry. That has been a challenge in Asia, as we have no crew layovers in China – but we already experienced that in 2020. But it makes flights a crew-intensive resource, and I need to look at that very carefully.”

Of course, the other critical change over the past year has been the move by forwarders to secure their own capacity. Will Cargolux, which bills itself as “the forwarders’ airline”, adapt its model to this innovation?

“The willingness of forwarders to take on capacity is no secret. But we haven’t changed. We have entered into some long-term charter arrangements with some key clients, but our focus remains on selling our global network.

“Bigger forwarders are coming out of this with yields at peak highs, and they want to hedge with short-term leases. But there are no shortage of players offering this, in particular US carriers offering wet-leasing to forwarders and also to some airlines. But it’s not cheap. If you have a two-to-three-year contract, it is priced into the deal.

“And now you have major shipping lines with airlines. The lines have the financial muscle. If the market does decline, they can afford to stay engaged, but it will make them very asset-heavy.

“I could add capacity in times like these, but being asset-heavy comes with a lot of fixed costs – and the money I make will go out faster than it comes in. It’s an industry of extreme volatility.”

Nothing reveals that better than the shape of the chart above. But in that kind of industry, especially perhaps in the good times, it likely pays in the long-term to have an accountant as the boss.