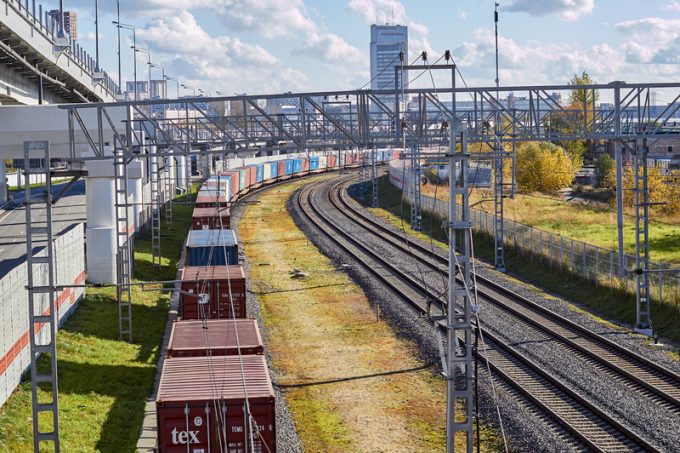 As a joint-venture between the railways of Russia, Belarus and Kazakhstan, UTLC handles around 80% of all broad gauge traffic between China and Europe and has enjoyed booming demand this year, with volumes set to reach 675,000 teu, up from 547,000 teu in 2020.

CEO Alexey Grom said the volume growth was largely due to the “stable position” of rail freight during the Covid-crisis, as more shippers turned to the Silk Road to circumvent bottlenecks in air and ocean.

UTLC said the value of goods it transported last year was over $31bn, but estimates this will increase to $45bn this year, which is around 5% of the value of all trade between Europe and China.

The operator acknowledged that rail only accounted for 3% of freight movements between Europe and China, but claimed the mode would increasingly supplement the estimated 24m teu a year Asia-Europe ocean freight trade.

“If today we had all the necessary capacities at the European and Kazakh borders, the total volume of the transported containers could be 20% more,” he said. “If you get high speed in one section, but at the same time there are difficulties in the section of connected infrastructure, all efforts are wasted.

“Integration of key players in the rail container market is required more than ever. Integration of infrastructure, technology and expertise are becoming key success factors for the Eurasian transport system.”

UTLC said its new 450,000 teu-capacity rail freight terminal in Kaliningrad would provide “great potential for growth”, due to its land and sea port multimodal connections, and this followed the Dostyk transhipment terminal on the Chinese-Kazakh border,  which opened in June, with 700,000 teu capacity.

There are other cargo opportunities to pursue, too, UTLC said, such as the “possibility of using rail for the prompt return of empty containers. The company offers special rates for this, which may be regarded as a kind of investment in the future growth of volumes from east to west.

“Also, the transport of food products from European countries can be another growth point.”