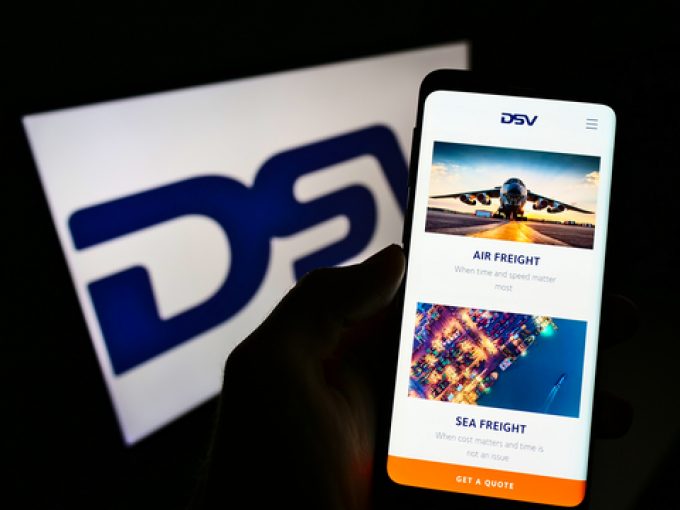 DSV is one forwarder that will not be cut out by Maersk, it said today.

The forwarder claimed to have no concerns over news that the Danish line will cut some customers that do not want integrated services on some key lanes.

“We have seen a line trying to restrict benefits for certain forwarders,” said DSV CEO Jens Bjørn Andersen during an earnings call this morning.

“We’d like to think we are one of the companies not affected by that.”

He also denied that DSV routinely bought capacity cheap on contracts from lines to sell on for a far greater spot price, one of the accusations being thrown at some forwarders.

“Locally, every once in a while, we can secure some space we can then sell on at a premium. Customers ask us for more service at a time like this, which can carry a profit opportunity. The main drivers behind this are as a consequence of the high rate environment.

“But we can’t simply [operate] the company with BSAs significantly below the market price and, in most cases, we will give that benefit to customers.

“We need to be able to see eye-to-eye with customers once this is over.”

And he also rejected the shipping lines’ strategy of moving customers onto multi-year contracts.

“We would not sign a multi-year contract with a carrier if the customer doesn’t want it, and they are reluctant to sign three-year deals. It will be interesting to see how it will play out, but I am sceptical about three years.”

DSV has managed to secure more capacity on carriers than some rivals, outpacing Kuehne + Nagel in volume terms, for example. And while Mr Andersen said he couldn’t comment on other forwarders, he explained: “We have been able to procure BSAs on behalf of some customers, which we didn’t do before.

“As we grow, we have to challenge ourselves on the way we operate.”

And DSV, of course, does expect to grow.

“We need to go out and be able to take market share. It’s difficult during the integration with Agility GIL, but next year we expect to outgrow the market – and if we don’t, we have failed,” he said.

The announcement that deputy group CFO Michael Ebbe is to be group CFO and CFO Jens Lund becomes group COO, should not be taken as a sign of even more M&A, added Mr Andersen, who said “there has been no change in M&A strategy”.

“You should not expect more M&A due to the change in management. But the numbers show that M&A has been the right thing to do. The fundamentals are still the same and we want to continue on the M&A path. We have a lot of plans … we’ll see what happens.”

DSV also said it doesn’t expect the market to normalise any time soon, in what will be another filip for its finances. It said that while it had seen some stabilisation on some lanes, there had not been a big decline.

“There is still a lot of demand, and it could be that for the foreseeable future yields won’t deteriorate in air.”

While he acknowledged that the return of passengers on the transatlantic could lead to slightly lower yields as bellies returned, he added: “We still have a lot of transatlantic capacity on our own freighter network, so we should be able to sustain the levels.”

But sea will be challenging for some time, he added. He said: “For carriers, with bottlenecks in ports and shortages of equipment and drivers, it will take some time and be very hard for them to invest and get back to 75% schedule reliability. We think it will take years.

“So we will help our customers plan their supply chains so they don’t feel the disruption they are feeling now.”

Mr Lund said supply chain issues had now reached boardrooms, where the strategy is to have more control, and “they have to plan much better than they did before”, he added.

DSV said the integration of Agility GIL was on track, and would contribute some Dkr3bn to the combined ebit annually. It will be complete by the end of Q3 22.

Tomorrow: DSV on the driver shortage

Bottom-fishing in and out