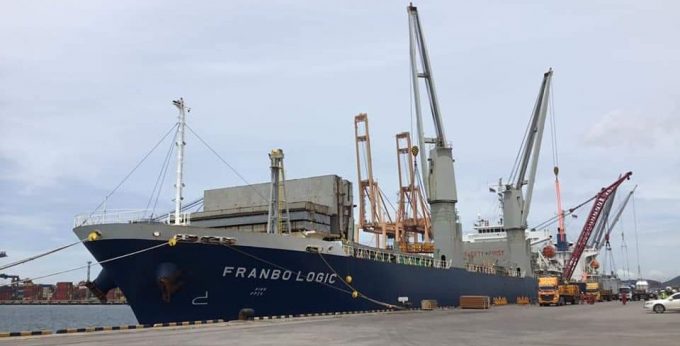 Taiwanese bulk carrier owner Franbo Lines has confirmed that it has benefited from container shipping rate inflation after carrying boxes on its vessels.

Franbo Lines has 18 vessels, including five multipurpose ships which can carry 160 40ft containers on deck and which had been chartered to freight forwarders.

These five vessels carried containers from Asia to Europe and the US, and the charter rates were more than 25% higher than Franbo would have received if they had been chartered for dry bulk.

In September, vice general manager Lin Cheng-he said the company could generate daily revenue of $20,000 by carrying containers, increasing the company’s gross profit margins to around 35%. His remarks caused such a frenzy that Franbo issued a clarification to the Taiwan Stock Exchange that the profit figures were his opinion and did not represent the company’s official outlook.

Shippers desperate to find available tonnage have been using bulk carriers or general cargo vessels to carry containers during the pandemic, although prior approval from classification societies and P&I clubs is recommended.

This month, DP World subsidiary P&O Maritime Logistics revealed it had modified a multipurpose vessel designed for project cargo to carry containers, and five more MPVs will be redesigned for the same purpose.