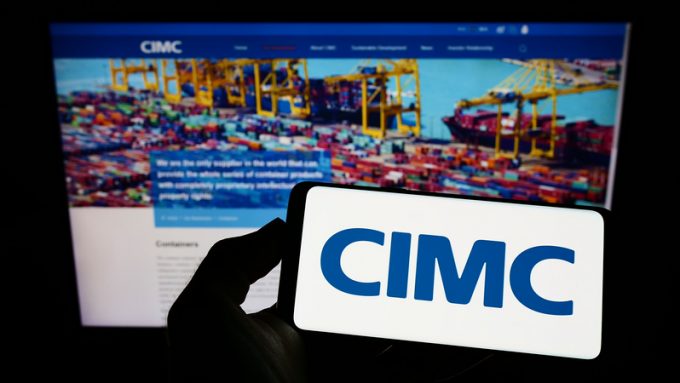 China International Marine Containers (CIMC) has reported net profits and sales plummeted over the first nine months of the year.

CIMC blamed a slowdown in the global economy, as well as falling consumer demand in the west for China’s exports causing the decline in container shipping rates and demand.

The company said: “Production and sales volume of CIMC’s container manufacturing business has dropped from the historical high of last year, but it still maintains good profitability.”

The figures include a payment of $85m in compensation to Maersk Container Industry, after US antitrust regulators rejected CIMC’s bid to acquire the reefer manufacturer in August.

Covid-19 restrictions brought logistical bottlenecks, with the time taken to move empty containers nearly trebling, to 112 days from 45 before the pandemic. This, and tonnage being held up in ports, also resulted in freight rates soaring to historical highs.

Sea-Intelligence said last month that, as the transportat time for empty containers had reduced to 88 days, more boxes would be released from supply chains and they would start to pile up, primarily in Europe and the US.

It added: “If transport time is ‘back to normal’ by early next year, we will see the release of 4.3m teu of excess containers into North America, which cannot be expatriated within planned network operations. This will potentially overwhelm empty-container depots – an issue already beginning to materialise.”

Drewry estimates the current container excess at 6m teu, which would be exacerbated by falling consumption. Meanwhile, Alphaliner predicts that there could be too many ships by 2025, with over 7m teu of newbuildings having been delivered by then.

One containership broker told The Loadstar this all meant liner operators needed to rebuild their ties with freight forwarders and large shippers, adding: “It will be a shippers’ market from 2023, so the lines must listen more to customers if they’re to stay in the black.”