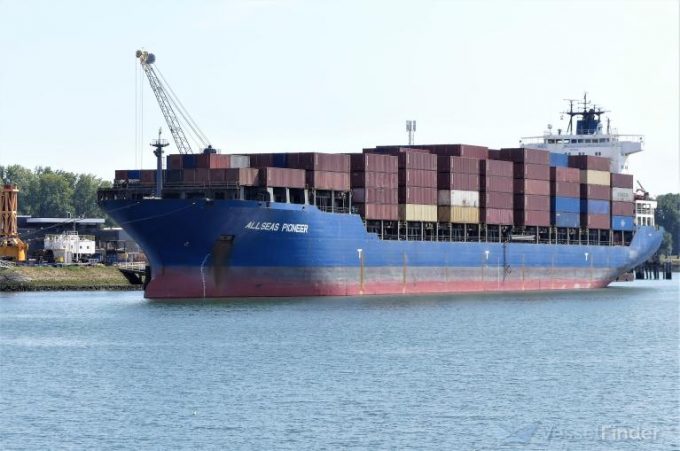 Vessel operator Allseas Global Project Logistics’ liabilities could exceed £58m ($70.25m), with creditors lining up to claim money owed as the administration procedure and claims from charterer SFL churn on.

Separately, SFL, a Bermuda-registered Frederiksen-owned company, is suing the carrier for a breach of contract that amounts to around $24m.

The Loadstar sources said Allseas had hit back at SFL, claiming the charterer “stymied [Allseas’] ability to do business”, and that it acted “in an unreasonable manner”.

In addition to these two major sums, Alphaliner reported that a further £12m was owed to three other Allseas Group affiliates, DKT Allseas Shipping, Allseas Dubai and Allseas Global Logistics. Other creditors include Dan-Bunkering, Flex Box Shipping and Olympus Navigation, said to be owed sums of over £1m.

Alphaliner reports that the company ran into difficulties in November, when freight rates on the Asia to Europe trades collapsed, and has since been operated by court appointed administrators.

Allseas’ chartered vessel Allseas Pioneer was detained in Rotterdam from late August when it appeared SFL had ‘arrested’ the ship’s bunkers. Another of its vessels, Amo, was detained in the UK for safety infringements in September.

Alphaliner also reports that the owners of the four ships operated by Allseas Global Project Logistics, Allseas Pioneer, San Alfonso, Green Ace and Amo, could also file for compensation at a later date.

This story was altered at 2:15 on 14 December. Carriers hit by slow demand, causing overcapacity ...