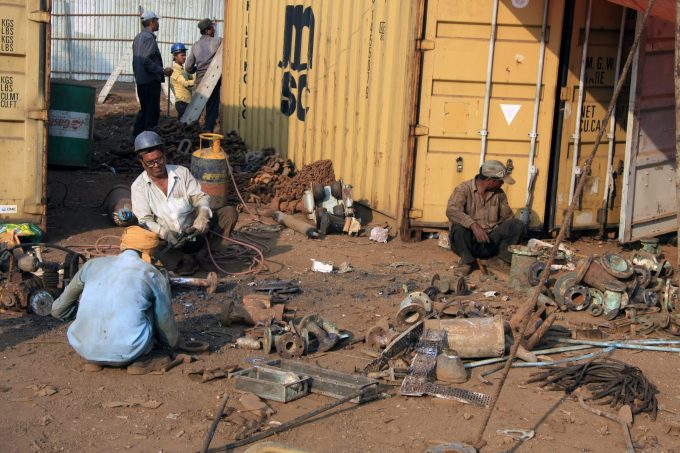 Demand surges during the pandemic causing a shortage of containers in the right place has significantly tightened equipment availability at major export hubs.

Moreover, containership capacity is stretched to breaking point due to severe port congestion.

This box and tonnage crunch has driven big hikes in container lease rates, vessel charter rates and prices for equipment and ships that in normal times would have been retired or recycled.

And with many older containers being kept in service, the TT Club says there is a “heightened risk” from using an “any-box-will-do” solution to the market crisis.

The marine insurer said: “There has additionally been anecdotal evidence of containers being brought back into service from retirement. This practice has the potential to present more challenges for all in the supply chain.”

TT Club suggested that, as the age profile of the boxes in circulation – around 25 million – increased, additional maintenance could be required. And it added that maintaining the in-service repair standard was critical for older boxes to prevent the risk of serious structural failures, some of which, such as corrosion, physical wear and tear to door hinges, pins and locking equipment, had the potential to cause serious accidents.

Furthermore, it notes, there is some anecdotal evidence that the traditional wooden floors, routinely replaced during depot M&R, are being kept in the interests of turnaround time.

Indeed, one shipper told The Loadstar recently he was “appalled” at the quality of the containers arriving at his warehouse. he said: “They were very rusty, the floors were dirty and stained and [they] had clearly not even been swept out.

“I complained to the line and they more or less said if I didn’t like the standard of their boxes I should go elsewhere – obviously not an option, as it had taken us a month to get these containers, let alone secure the transport,” he added.

The TT Club said another key aspect of the structural safety of containers was their stacking capability, noting that on a ULCV, boxes can be stacked up to eleven high.

“A serious structural deficiency in a container towards the bottom of such a stack, in dynamic circumstances, has the real risk of causing a collapse and loss overboard,” it warned.

Meanwhile, there has been concern in some quarters that many older containerships that would otherwise have been sent to scrapyards are being “thrown” into service on routes and trades that are extremely testing for both the ship and the crew.

A carrier contact told The Loadstar the normal extensive suitability checks his line carried out on ships before they were taken on charter were now “non-existent”.

“We are just fixing them on spec,” he said, adding: “In my view, which is not popular internally, we will eventually pay the price.”