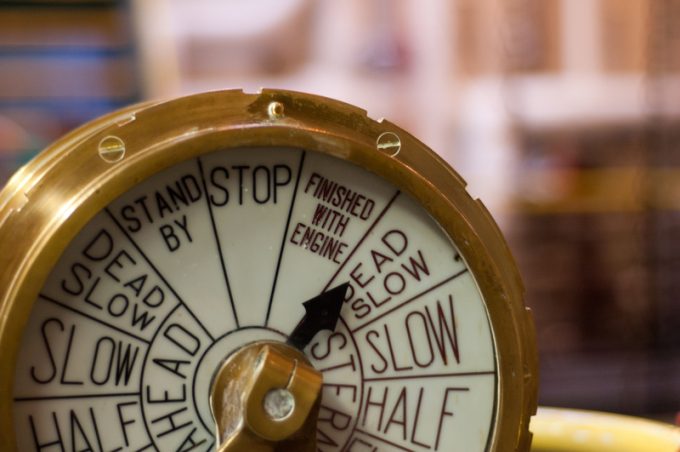 The IMO has decided on a goal-setting approach by member states to decarbonise shipping, rather than progress the proposals put forward by some members for a mandatory speed reduction on vessels.

The strategy, decided last week in London, not to opt for speed restrictions has angered the members of the Clean Shipping Coalition (CSC) who blasted the IMO for its “bureaucracy” and “lack of urgency”.

An IMO working group agreed a draft text that will be put forward to the next Marine Environment Protection Committee (MEPC) meeting in March.

The text urges member states to develop and update a voluntary national action plan, which includes an improvement in the domestic and legislative implementation of existing regulations and a commitment to develop activities to further enhance the energy efficiency of ships, along with initiating the research and the uptake of alternative low- and zero-carbon fuels.

The IMO said that during the working group sessions “a number of proposals were discussed”, including an Energy Efficiency Ship Index (EEXI), mandatory power limitations on ships, measures to optimise speed on a voyage and speed limiters.

According to the UK Chamber of Shipping,“after lengthy discussions it was clear that there was no appetite for prescriptive speed reduction regulation”.

However, the UK Chamber, which is against the implementation of speed restrictions on shipping, arguing among other things that it would require more ships to be built with ‘old’ technology to take up the slack, said there was a “positive outcome” from the meeting.

Shipping policy director Anna Ziou said: “The progress made sets the right direction of travel and is a good foundation for the IMO’s work to put the strategy into action.”

Meanwhile, the CSC said measures were “urgently needed” if the IMO’s plan, agreed in April last year to half emissions from shipping by 2050 was to be met.

Bill Hemmings, shipping director of CSC member, transport & environment, said: “Time is running short but that’s not the feeling you get inside the room. The commitment last April to agree and implement in the short-term immediate emissions reduction measures has fallen foul of procedure, bureaucracy and delay spearheaded by countries that were never really on board.”

Mr Hemmings named the key member states as the US, Saudi Arabia and Brazil that “spearheaded” the movement against mandatory speed restrictions.

And John Maggs, senior policy advisor at fellow CSC member Seas at Risk, was equally damming of the IMO’s decision not to implement vessel speed restrictions at this time.

“Ships have deployed slow-steaming over the past decade in a way that has seen dramatic reductions in emissions. The world is not blind to this,” said Mr Maggs.

He said that the speeds of ships “must initially be capped” and “then progressively lowered” and suggested that the “commitment of many at the IMO to genuinely reduce ship emissions” was absent.

Nevertheless, several shipowners and operators The Loadstar has spoken to in recent weeks argued that they were already operating their vessels at the lowest speeds recommended by engine manufacturers, in order to conserve fuel and cut voyage costs to the bone.

Indeed, one executive from a major container carrier said: “Our masters are under strict instructions not to ‘put their foot down’ unless it is a matter of safety; if we miss a berth window so be it, we have a network that can adjust to that and it is generally cheaper than burning the extra fuel.”