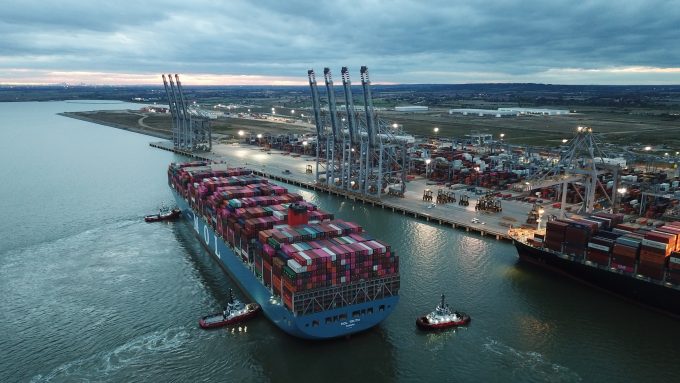 UK ports have begun charging “customs clearance fees” in what a source claims is an effort to recoup lost investment in border control posts due to delays to phytosanitary procedures.

DP World London and Southampton are also applying fees of £11 per removal, described by a customs source as “insurance against cost of examinations”.

The source told The Loadstar: “In reality, it is a bullshit money-making exercise, as there are no examinations, it’s probably aimed at recovering port development costs.

“One client is paying eight to 12 times on a single container – having 30 a month, they’re paying £6,000 a month without ever having an examination. It’s fair to charge one per box, but not one per entry. Smaller players with smaller loads are picking up the lion’s share of costs.”

Fee schedules seen by The Loadstar from Destin8, the port community system for London Container Terminal, Greenock, Seaforth and Teesport, reveal that shippers will pay up to £25.45 for a customs examination per entry. And fee schedules from CNS, which serves as the port community system for DP World London and DP World Southampton, would be imposing customs examination fees of £18.74 per entry, as well as the removal fees.

Sources suggest the percentage of shipments undergoing examinations is less than 1%, one claiming “not a single examination in the whole of 2021”.

Despite anger at the level of the charges, there seems to be unanimity that ports are due recompense, after the government announced at the end of April it would be scrapping implementation of phytosanitary controls in July.

Port of Liverpool purportedly spent £4m on its BCP and a source in the port sector told The Loadstar news of the new port fees raised issues around the need for a “bigger conversation” on the government’s last-minute “major policy change”.

The source said: “We need to know what the government is going to do after it largely pulled the rug on a network of brand new, high-spec BCPs that look unlikely to be used and cost ports millions.”

Another source said ports had been planning to introduce a fee in line with the planned checks to cover the costs of the “white elephant” BCPs, but that shippers were “in a better position” than they could have been.

“Ports will need to recover the BCP maintenance and skeleton operating costs somehow, so I wouldn’t be surprised if charges are passed on to traders or the shipping industry,” the source told The Loadstar.

“But remember, importers are still in a better position, not needing to pay around £1.2bn of annual fees had SPS checks come in.”