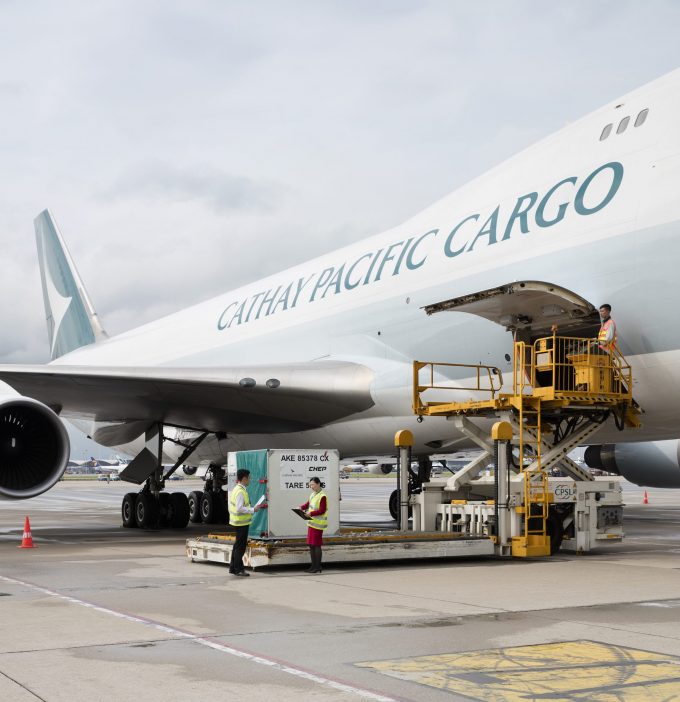 Cathay Pacific has added extra fees to some of its blocked space agreements, the first publicly known contract casualty of the air peak season.

The carrier sent notices to customers informing them that a general rate increase (GRI) of HK$18/ kg (US$2.31) would be added to the base rate for all transpacific routes from midnight on 15 November for all flights departing Hong Kong, “until the end of the contractual period”.

The carrier also issued a notice for Hong Kong to Indian routes, where it added a GRI of HK$7/kg for the same period.

Cathay told customers the changes were made “to reflect the latest air cargo market situation”.

One annoyed customer told The Loadstar: “This is an unprecedented situation in the Hong Kong air cargo market, and it’s unseen that a carrier like Cathay Pacific is no longer honouring running contracts, but dictates new conditions.”

The market has been expecting some reneging on – or renegotiation of – contracts. One air freight buyer told The Loadstar he had lost out on a booking when another company offered $500,000 more for the capacity, commenting: “I can’t blame the airline, to be honest. An extra half million is quite a lot.”

Air freight sources across the industry suggested they thought about one-third of airlines would tear up contracts and ramp up prices for what is anticipated to be a busy peak.

One senior carrier executive told The Loadstar he would treat all customers that had been supportive at the start of the pandemic, well, adding: “But those that didn’t help at the beginning, well, I’ll give them the finger. They will find their rates five times higher than the others.”

Frustrated shippers are looking to air freight to save Christmas sales, despite rising rate and fuel surcharges. However, several carrier executives said this was no traditional peak.

“Peak, what peak?” said one senior source. “For there to be a peak, you need a trough. We’ve been peaking all year.”

The Loadstar approached Cathay Pacific for comment, but it failed to respond before publication.