Airlines must see cargo as a 'core business' from now on 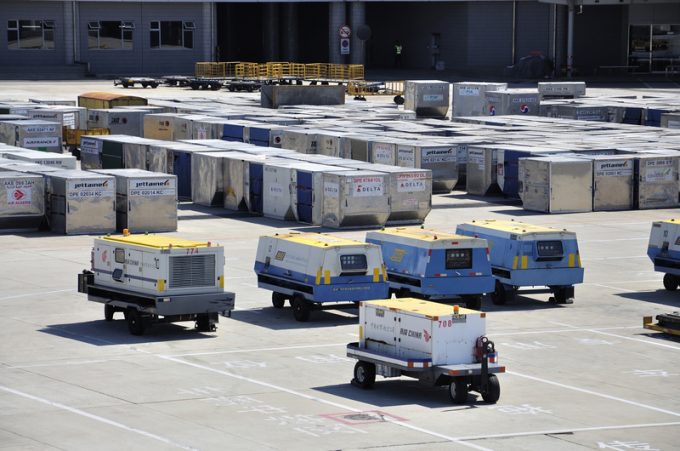 The passenger airline industry news these days is unremittingly bleak:

Passenger willingness to pay will remain low as travel propensity decreases in line with the global economic collapse.  Leisure passengers will forego discretionary travel, and business travel will return only at a slow pace as businesses become more accustomed to videoconferencing and companies continue to put limits on employee travel.  If passenger yields continue to decrease, break-even load factors will surely rise, even with the benefit that airlines are getting from the current low fuel prices.  Some in the industry have noted that air fares must increase for airlines to make money with onboard social distancing, but any fare increases would further limit the return of air passenger demand.[6]

Price elasticity in most major passenger air travel sectors – leisure, VFR (“visiting friends and relatives”) and business – will increase and this will likely endure for years, even after a Covid-19 vaccine is found, as the global economy slowly heals from what will have been the biggest economic cataclysm since the great depression.  The travelling public – in North America, Europe, Asia, Russia/CIS and elsewhere — will simply not have the resources or willingness to pay to return to the level of flying that it had done prior to the crisis.

In short, it is difficult to foresee passenger airlines returning to profitable operations anytime soon.  Many airlines will shed assets to try to right-size to the new demand realities, getting rid of older, less efficient aircraft.  Other airlines will disappear entirely.  But it is unlikely that the same equilibrium of supply and demand will return for years, and many industry experts are predicting that load factors will remain lower even after the Covid-19 crisis is over.

This situation calls for renewed attention to alternative sources of revenue

If passenger revenue will be insufficient for airlines to reach breakeven, then airlines must seek alternative sources of revenue.  Carriers – particularly LCCs – have for a long time sought to generate ancillary revenues as a key part of their business models, not only to provide supplemental revenue but also as a means of keeping passenger fares competitive.

Products have been unbundled, with airlines charging “a la carte” for items such as checked baggage, fast track security screening, priority boarding, extra legroom seats, buy-on-board meals and so forth, and ancillary offerings also have included sales of frequent flyer miles, duty-free sales and commissions on car rentals and vacation packages.

At some low-cost carriers, ancillary revenues accounted for nearly 50% of their total operating revenue before the crisis, and even such major carriers as Qantas, American and United were averaging more than $35 in ancillary revenue per passenger.[7]

However, the major drawback for most ancillary revenue in the current crisis environment is that it is very much linked to passenger traffic.  If fewer passengers travel, there will be less spending as well on ancillaries.

Furthermore, with increased price sensitivity across all segments of travel, it is much less likely that the passengers who do return will choose to spend as much on ancillary purchases as they had prior to the crisis.

Cargo is a core source of revenue for every passenger airline, but it has not always accounted for a large percentage of airline revenue for passenger carriers (that are not also operating freighters).  Nonetheless, with most airline operating margins in the single digits prior to the Covid-19 crisis, cargo revenue has meant the difference between profit and loss on most intercontinental passenger widebody routes.

Now, the situation has changed dramatically.  In April 2020, global cargo capacity was reported to be 45% lower than in 2019, as a result of the widespread grounding of passenger airplanes.[9]  In turn, freight rates have skyrocketed, more than tripling between China and Europe.

Airlines have started placing their passenger aircraft back into service temporarily as quasi freighters, carrying cargo at first on the seats but more recently removing the seats entirely.

All of a sudden, cargo has changed from a contribution to fixed overhead, to virtually the ONLY source of revenue for many airlines.  It is an island of stability when everything else in the industry is collapsing.

Unlike most “traditional” ancillary revenue, cargo’s demand characteristics are entirely independent of air passenger demand.  Furthermore, while cargo volumes globally have declined due to the current economic crisis, they have not dropped nearly as far as passenger demand.  Cargo demand is not affected by social distancing or other health-related restrictions that affect passenger demand.

While global passenger traffic has almost completely evaporated, global air cargo volumes declined by only 47% by the end of March 2020 vs. March 2019, and there has been a rebound since with volumes down only 32% by the end of April 2020.  This rebound suggests that much of the decline was caused by capacity constraints (which have started being relieved as passenger aircraft have been pressed into service carrying cargo), rather than simply demand drivers such as GDP and manufacturing production.

Even with passenger aircraft being used temporarily as freighters, there still will be a severe cargo capacity shortage and air freight rates are likely to remain high for some time to come.  “Passenger freighters” are inefficient, cannot accommodate palletised cargo, and are a temporary solution at best.

The global airline industry is widely projected to shrink in the long term following the end of the Covid-19 crisis, as the economic crisis continues to exact a toll on passenger demand.  As passenger aircraft are permanently parked and smaller-gauge, less cargo-friendly aircraft such as the A321LR replace passenger widebodies on some intercontinental routes, air cargo capacity will remain tight worldwide.  A number of the retired passenger widebodies may ultimately be converted into full freighters with main deck cargo doors and reinforced floors, but it will be a long time before a new cargo demand/capacity equilibrium is reached and freight rates decline to the levels they were at before the crisis.

Cargo will continue to represent a much larger share of airline revenue for years to come.  The more cargo revenue that passenger airlines can generate, the more they will be able to keep passenger fares at a reasonable level and attract back passenger traffic.

Implications and recommendations for airlines and airports

It is clear that going forward, airlines should prioritize cargo in their overall planning.

If reintroduced by manufacturers and conversion providers, Combi aircraft, which can carry palletized cargo on a portion of a passenger aircraft’s main deck, also should be considered as useful additions to airlines’ passenger fleets.

To date, the primary air logistics beneficiaries of the e-commerce boom have been the integrated express carriers (eg, FedEx, UPS, DHL) and e-commerce retailers’ own in-house air operations (eg, Amazon Air).  Passenger airlines now have an important opportunity to penetrate this market.  To do so effectively, however, they will need to offer specialised processing services tailored to e-commerce, including enhanced tracking and tracing, rapid clearance, last-mile delivery, and – above all else – speed and reliability in delivery from end to end.

Airports also must recognise that cargo will represent a much more important revenue opportunity, going forward.  Airports would be well served to align their approach to air cargo – strategy, air service marketing, selection of handling service providers, IT, and facility and infrastructure development – with the needs and requirements of the airlines and the economic enterprises in their catchment areas.

As a priority, airports should work to ensure that cargo is handled and processed with the highest level of quality, transparency, speed and efficiency that the markets demand, and tailored to the specific types of commodities that are produced or consumed within the airport’s catchment area.  Only through a synergistic approach between airports, airlines, GHAs and local authorities can airports assist airlines to return to a profitable and viable business case.

There is no doubt that the times are extremely challenging for the global airline industry, but cargo offers one key area of resiliency, now and in the future.  Whereas passenger demand remains highly uncertain, cargo can serve as a potential bulwark to help passenger airlines relaunch and build back their services.  However, airline and airport managements are well advised to treat cargo as the strategic asset that it is, to fully realise the revenue benefits that cargo has to offer.

Mark Diamond, based in Boston, is a vice president of Strategic Aviation Solutions International – USA, an air transport consultancy with a full portfolio of advisory services and a specialised focus on air cargo and logistics. You can contact him at: mobile +1 617 230 8266; Skype  +1 339 368 8238; or email   [email protected]

[2] “Tracking the Impacts of COVID-19”, Airlines for America.

[11] Alex Lennane, “Air cargo volumes looking ‘less bad’, as the market has ‘probably bottomed’”, The Loadstar, 6 May 2020.  Based on data from CLIVE Data Services.