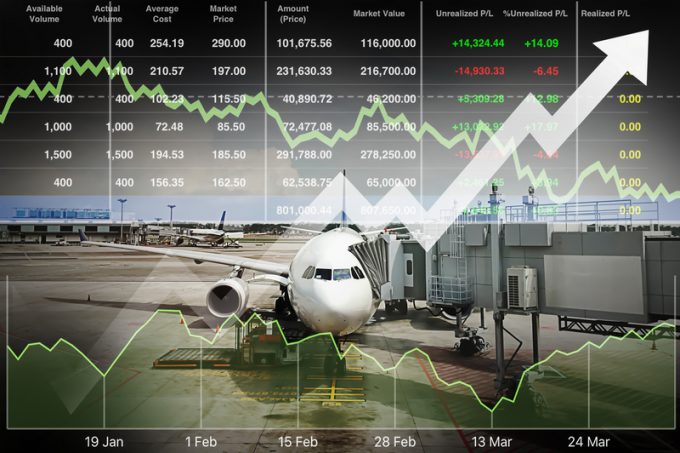 The air cargo industry needs a better understanding of indices – and the role of the Baltic Exchange – if it is to fully benefit from the data provided, according to the exchange.

But some senior air cargo executives think the current business model and thinking of the industry must change before it can take advantage of products such as derivatives.

The Baltic Exchange, which partnered with the TAC Index last year, has been involved in the commodisation of freight markets for more than 35 years as a benchmark administrator, a job that has become increasingly regulated since the libor scandal.

“If the index is not right, or doesn’t comply with guidance, then we cease to trade. There are big penalties,” he said.

He added he thought the antitrust lawsuits that had plagued the air cargo industry for years had led to a distrust of using rate data.

“People are worried. But there is no payment processing, no consultancy, it’s an independent index. Part of the job now is education and getting people over that hurdle.

“We are not a start-up, and we have robust governance and independent oversight.”

The TAC Index is the calculating agent, while the Baltic Exchange is the benchmark administrator, ensuring data compliance and accuracy.

“TAC matches the data, and uses the prices to build a picture between two points.

“We do a big deep dive and then map it into regulations with checks, system processes and quarterly audits. We check for anomalies, check the outliers. We make sure that it is hard for manipulation or mis-representation to happen.”

Forwarders in particular often note that the rates they see on the TAC Index are not the prices they are paying. But Mr Jackson explained: “The index may well result in people seeing a difference between rate shown and price paid, but if it is wrong in exactly the same way each time, then it’s accurate.

“The index is meant to be the median point, and then you reference your business against that. Yes, there’s a spread, but generally you might be no more than 10% above or below. If it’s more random, then we need to work with those companies to find out why.

“TAC allows people to check their own data, they are trustworthy numbers and you know how it’s calculated.”

The exchange has set up an advisory council to check and get feedback before any changes to the data are made; it also has an independent governance body and is audited by PWC, he added.

Once the air cargo industry has an understanding of the highly regulated nature of the exchange, and the veracity of the data, then it can start to look at index-linked agreements (ILAs), which this year are being increasingly used in sea freight for longer-term contracts, and then derivatives, or forward freight agreements (FFAs).

“Initially, indices are useful to benchmark your own performance,” said Mr Jackson. “But the cat is out of the bag on indexation. Companies want their assets – ships, planes, containers – to be used as much as possible, and guarantee a certain amount of business in a long-term contract.

“You need to agree a fixed price, or the price will change. But that’s archaic, you can’t take advantage of what’s going on. You need transparency on prices, and you can with index-linked contracts. You can commit the space, and index-linking allows you to manage the price risk.”

He added: “Index-linking doesn’t replace spot contracts, you still need spot to price the market. ILAs are where you put contract cargo and hold some space to take advantage of any spikes. Your cargo will get left behind if you are not paying enough – but if it’s an ILA, it’ll fly.”

He said the FFA market still had a way to go, and that it needed to work on differentiating between contract and spot rates in the indices.

“And we wouldn’t expect anyone to jump right in to ILAs – it’s a period of discovery. The starting point tends to be understanding the index. Once you are comfortable with that, then you can start to look at what else you can do.

“ILAs are more about selling space, real risk management comes through derivatives and trading the price in the market.”

He notes that the Baltic Exchange itself does not sell products such as ILAs and FFAs.

“That’s not our role. We are about producing indices.” But he explained that it could take five to 10 years for indexation to become “embedded” – although airlines are already used to hedging fuel.

“The market has matured a lot. But it takes time before people feel comfy. You have to be patient and get people to understand how it relates to their business.”

However, Glyn Hughes, secretary general of Tiaca, said there were structural reasons why air cargo had not embraced ILAs and FFAs.

“The problem is the business model of air cargo. It’s not always being run as a business. Airlines for example, don’t get “prepaid” shipments until 45 to 60 days afterwards.

“It’s also counter-intuitive on the booking profile. The closer you are to the time of departure for passengers, the more the seat costs. Traditionally, air cargo has done the opposite, the later you left it, the lower the rate. This makes operational efficiency and planning very difficult, it’s not a good way of running an optimised business.

“Also, shippers don’t necessarily understand hedging when it comes to air freight charges, particularly if they can’t be precise on the required capacity date.

“It’s less easy to predict demand and it’s a more volatile market than passengers. The index is more seen as information than as a tool for business. And in the past, excess capacity has made it hard to get interested in risk management.”