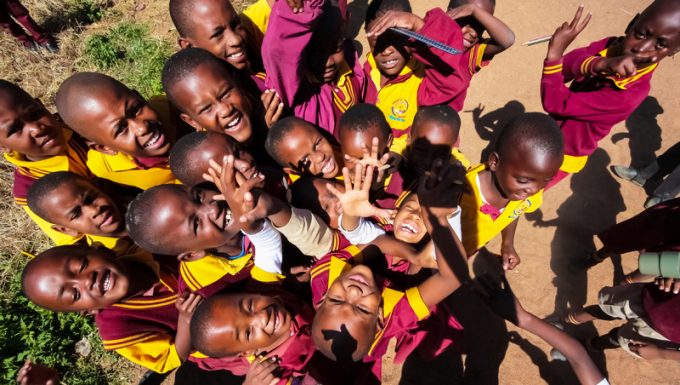 Africa’s greatest advantage is its youthful population; the youngest in the world, the continent boasts 200m people between the ages of 15 and 24.

And youth think in a different way, breaking down barriers built up by older people, working at traditional companies.

It came as a surprise, admitted Adrien Thominet, chief executive of ECS Group, that the majority of responses to his company’s global NextGen challenge came from Africa.

Mr Thominet is a great proponent of promoting youngsters – and their ideas. The NextGen challenge, which calls on calls on students, start-ups and ECS employees to submit innovative air cargo-related projects, was borne of the discrepancy in thought between the younger generation at ECS and the older.

“In the companies we are buying, you get all these young guys, and we tell them to make phone calls for reservations, do double-entry bookings. We lost them – it was lost in translation between the generations.

“The new generation do not understand taking bookings by phone.”

He added that the shift in mindset came at the same time as the role of GSAs needed to be reviewed.

“GSAs are having an existential crisis. Why do we need to sell airline capacity? Major airlines already have the contacts with big customers, so the question was how we can add value, what can we bring to the table. We have total cargo management, digitalisation and so on, but what’s next?

“We need to bring in people from outside, with an outsider point of view, those who know new technology, have different expectations, who can give a different viewpoint of the industry.

“I want to be shocked and surprised by new ideas.”

Africa and India both have savvy, technologically minded youthful populations, and both have much to contribute, added Mr Thominet, speaking on the sidelines of Air Cargo Africa this week. “I think 20 to 25-year-olds can can add much more value than anyone in our industry.”

The challenge has so far elicited a huge response, with 250 people replying in just two weeks.

“We were thinking it would be people in the EU, China, the US. But the responses have come in from Africa.”

He added that he would not bring the winners to work at ECS headquarters in Paris, because “we want to develop jobs locally”.

A focus on youth is also happening at African carriers. Ethiopian Airlines has a programme to develop logistics professionals, while Kenya Airways has a management training scheme – and a young team running its cargo operations.

“Young people are very tech savvy,” said Dick Murianki, general manager of cargo for the carrier. “And this wide penetration of phones allows people to explore. I see it as the future. Youth and technology are inseparable, and good governments are investing in this.

“Air freight has been resistant to change for so long. Those that adapt and adopt will win; those that resist will be confined to a museum.”