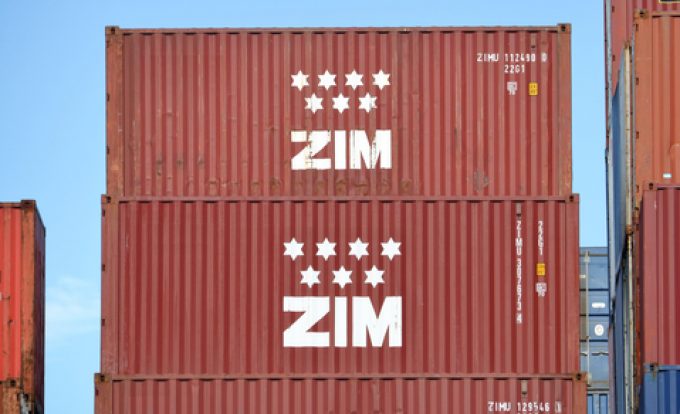 Israeli ocean carrier Zim said yesterday it expected freight rates to keep falling and was preparing for the ‘new normal’ by focusing on profitable niche markets for its container services and expanding its car-carrier business.

The rapid decline in global freight rates since September obliged the carrier to downgrade its guidance for the full-year, for an ebit of between $6bn and $6.3bn, from the previous expectation of up to $6.7bn.

And the full impact of the freight rate erosion will not be felt until the first quarter of next year, due to the accounting time lag of voyage results.

“It depends on the trade; there are some trades that have been more exposed to the rate deterioration than others. For example, the North Atlantic is better today, whereas the US west coast has been suffering much more than other tradelanes,” he said.

“On some trades the spot market went below contract rates… more importantly from our perspective, the demand and volume was not there so we had to deal with a new reality and engage with customers, with whom we have a long-term relationship. So clearly, with the spread between the contract and spot rates increasing, we had to sit down and agree pricing in order to protect the business,” added Mr Destriau.

In terms of supply, Mr Destriau said it was “very likely” there would be an increase in the number of blanked sailings on the transpacific in the coming weeks, adding: “We intend to be profitable in the trades where we operate, and we don’t wish to sail capacity at a loss.

“In some trades, such as Asia to the US west coast, the spot rate has already crossed the breakeven point, and there is not much more room for further reductions.”

He added that the US east coast market was proving “more resilient”, but the Latin America trade was also now “sliding”.

Zim has an operating fleet of 138 ships, for 538,189 teu, ranking it tenth in the carrier league table, with all but eight vessels chartered in.

Moreover, it has an orderbook of 43 ships, for 378,034 teu, including ten 15,000 teu LNG dual-powered ships stemmed for delivery from February next year, which it intends to deploy between Asia and the US east coast.

The charters of 28 vessels expire next year and a further 34 can be returned to owners in 2024.

In terms of renegotiating some of its more expensive charters with owners, Mr Destriau said “shipowners were always prepared to listen”.

He told The Loadstar  there was “great pressure” for its expedited China to Los Angeles service to remain profitable. However, he said before Zim decided to “exit the trade” it would look at other options, including slot-sharing with other carriers.

And he explained Zim’s strategy on its pricing in the light of weakened demand.

“We live in a world where we all know demand is softening and our customers do not have the volumes that they thought they would have, and when we see the spot market going below contract rates, you can live with that for a while, but when the spread is intensifying, we either stick to our principles and don’t see the volumes, or we sit down with our long-term customers to find some middle ground,” said Mr Destriau.

“We have always had traditional car-carrier activity, albeit marginal, moving cars from mainly Japan and Korea to Israel for a very long time,” said Mr Destriau.

“We have been expanding significantly over the past few quarters and we intend to continue to grow in this market, especially tapping in to the export growth of electric vehicles out of China, not only to Israel but opening up into South America, the US and Europe,” he added.