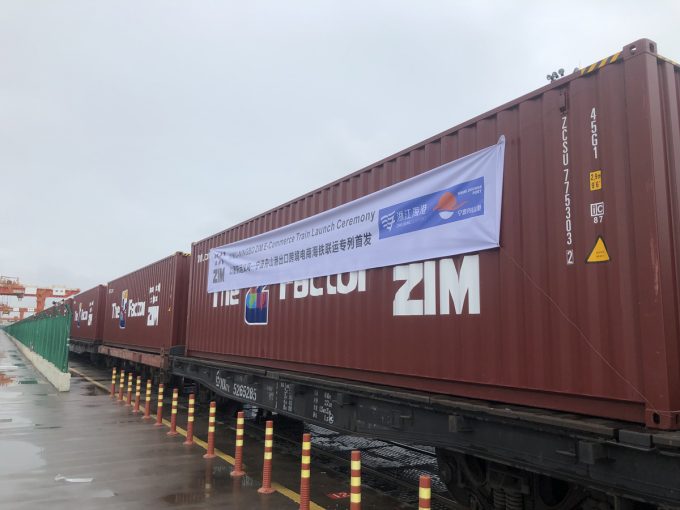 Zim has launched a sea-rail service to carry electronics and other consumer goods from Yiwu, in China’s Zhejiang province, to Ningbo-Zhoushan port, in Zhejiang, from where they will be shipped to the US west coast.

The service will be operated in collaboration with China Railway and Ningbo-Zhoushan port.

Claimed to be the first of its kind, the sea-rail service transports goods purchased from Yiwu, home of the world’s largest consumer goods e-commerce wholesale market.

Previously, product was trucked to either Ningbo-Zhoushan or Shanghai, taking six to eight hours, which rail can halve.

The inaugural service, carrying 100 20ft containers departed Yiwu on 1 July to coincide with the celebrations of the 100th anniversary of the founding of the ruling Chinese Communist Party.

A Zim spokesman told The Loadstar every day one to three trains departed Yiwu for Ningbo-Zhoushan, each carrying 15-50teu.

He said, “To cater for the growing needs of our customers, Zim came up with a unique solution, arranging dedicated block space on the train from Yiwu to Ningbo in order to connect to our e-commerce Central China express service to LA.”

This had resulted in rapid growth in Yiwu’s international e-commerce sales, with Q1 21 figures showing the city’s cross-border e-commerce exports grew 21%, year on year, to nearly $3bn, it added.