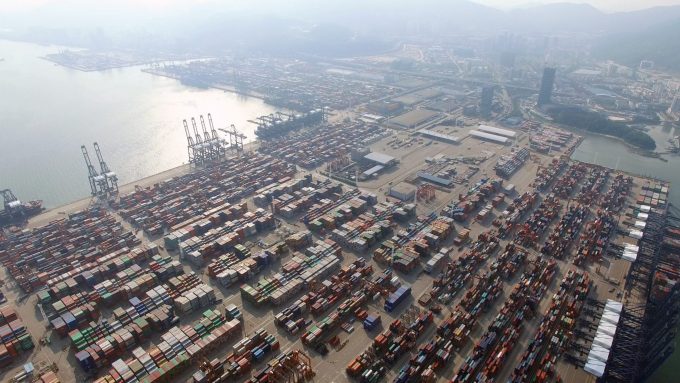 YICT is one of three sub-ports that make up Shenzhen port, the others being Nanshan and Dachan Bay.

Shenzhen is China’s third-busiest container port, after Shanghai and Ningbo-Zhoushan, and the fourth-busiest in the world. In 2020, Shenzhen handled 26.55m teu, up 3% from 2019, and YICT is estimated to have contributed 14.16m teu, up 6% year on year.

With just over a week to go before the Chinese New Year begins on 1 February, YICT said more containers were arriving at its yard, as exporters hurried to ship out their cargo before the week-long holiday.

“There are many laden boxes stuck in the terminal and yard density close to full,” said YICT, which is maintaining the gate-in quota at 12,000 laden containers.

Compounding the situation, Covid-19-related port congestion has interfered with liner operators’ shipping reliability, with YICT saying vessel arrivals have been delayed by as much as 170 hours.

Sea-Intelligence CEO Alan Murphy said in a recent note that the congestion and bottleneck problems, which began in late 2020, are persisting because liner operator schedule reliability sank below 40% last year.

To hear more about congestion issues, listen to this clip from The Loadstar Podcast of Adam Compain of Project44.

Felixstowe gets that sinking feeling as importers rage over energy surcharge

Felixstowe Port is finding new ways to sink into the mire, first with extra charges ...

There was no improvement in liner schedule reliability last month, with US inland logistics bottlenecks ...