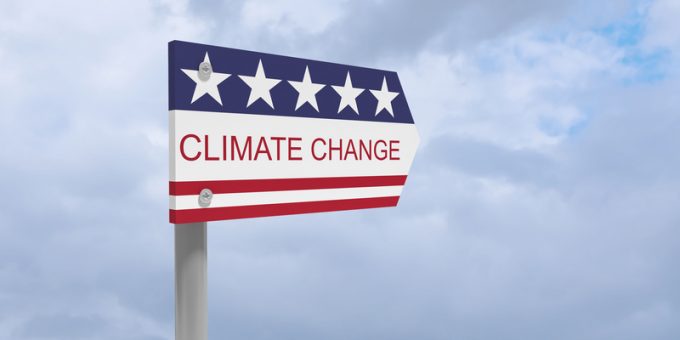 Federal funding beckons for US ports looking to get in on offshore wind market development.

The government has supported a new and ambitious proposal for offshore wind energy growth with a $230m grant scheme for port projects related to sustainable energy programmes.

Grants will be awarded through the Port Infrastructure Development Programme on a competitive basis to projects that modernise port infrastructure and support economic vitality – but there is a special twist.

One criterion for evaluation will be how projects address climate change and other sustainability issues.

“This funding will build upon local investments in infrastructure to deliver long-term economic benefits to American workers and communities, while also addressing climate and equity,” said US Secretary of Transportation Pete Buttigieg.

Ports can obtain funding for up to 80% of project costs, while the minimum amount for a grant is $1m.

The new grant scheme ties in with ambitious plans for offshore wind energy the US administration unveiled on 29 March. It has set its sights on installing capacity to generate 30 gigawatts (GW) of electricity from offshore wind farms by 2030, and wants to “unlock a pathway” to 110 GW capacity by 2050.

Today, US offshore wind energy generation amounts to a relatively modest 42 megawatts (MW), of which 12 MW were added only last year in a pilot project off the coast of Virginia. Plans for 15 projects, with a total targeted output of 29 GW, are in various states of planning across six states along the eastern seaboard, estimated to be operational by 2035.

By its own estimates, the administration’s goals will require about $12bn of capital investment a year. Much of that would have to go toward the establishment of up to 10 new manufacturing plants for wind energy components, while another chunk is required for port upgrades to allow transport of those components to the offshore sites.

The port of Albany is blazing a trail on two fronts in this bracket: a joint-venture signed an agreement with the port authority in January to lease 80 acres to manufacture wind towers; and to handle the logistics of moving wind components to offshore destinations, the port is planning a new wharf, building a 600,000 sq ft warehouse and planning construction of internal roadways and a new bridge.

Vessel development will also consume funding. The administration has called for four to six installation vessels to meet initial demand.

Crowley, the largest Jones Act carrier, is not planning to build installation vessels, but has set its sights on building and operating six service operation vessels to support the operation of wind installations, according to Jeff Andreini, vice-president of the company’s New Energy division, which was established in January.

In February, Crowley formed a partnership with logistics firm Watco to offer terminal and supply chain management solutions for the offshore wind energy sector. The plan was to develop a portfolio of logistics solutions from installation to operation and maintenance of offshore wind parks.

More activity is necessary in the realm of installation vessel development, according to energy research and business intelligence firm Rystad Energy. It has warned that the global fleet will be insufficient to meet projected demand after 2025.

Currently, there are 32 active turbine installation vessels and 14 foundation installation ships in service, and five are on order in each category. While current demand levels are below supply, this will change drastically, with demand by 2030 projected to be four or five times higher, Rystad’s analysts found.

Moreover, most of the existing installation fleet cannot handle the next generation of wind turbines that should start entering the market this year. According to Rystad, only four are up to the task.