News / When the chips are down, logistics players must find new strategies 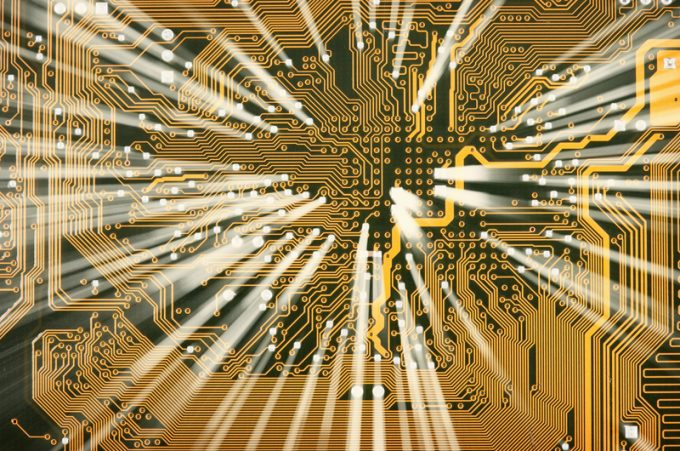 Chip manufacturers are scrambling to ramp up output, but a global shortage of semiconductors is expected to affect several industries, including automotive and consumer electronics, for months – possibly all year.

And for some supply chains, a re-evaluation of fundamental strategy is on the cards.

Major chip producers have announced steps to boost production: SMI, China’s largest producer, is to increase its monthly output of eight-inch chips by 45,000; Taiwanese chip giant TSMC has allocated more resources and will raise its investment in the production and development of advanced chips by 60%; while compatriot United Microelectronics is stepping up its investment on new equipment by 50%, to $1.5bn this year.

The Semiconductor Industry Association projects that global chip sales will go up 8.4% this year.

Howwever, while efforts to ramp up chip output are welcome, it will be some time before manufacturers that rely on the supply of semiconductors feel the effect.

SMI warned that lead times for equipment procurement had extended, owing to supply chain disruptions, and as for investment in new production facilities, building a new plant takes 18 to 24 months.

Some pundits believe the chip shortage will remain a problem well into the summer, but a research note from Bank of America suggests there could be lingering effects into next year.

The shortage has been most pronounced at the low end of the semiconductor spectrum, partly because investment in capacity has been lacklustre, due to relatively low margins. The automotive industry has been particularly hard hit by this.

What brought the issue to the boil and triggered the shortage of chips was the rapid reversal of demand in the automotive sector due to the the pandemic. With sales of computers, laptops and cell phones staying strong, chipmakers pivoted to that sector and were later caught off balance when the car market rebounded.

The shortage of semiconductors has forced carmakers to slow production and even idle plants, costing the industry, by one estimate, $64bn of sales this year.

And other sectors are also struggling: the dearth of semiconductors forced Apple to stagger the release of iPhones, while Xbox and PlayStation output fell short of demand for new versions.

“There have already been a few manufacturers that have confirmed that they won’t be able to meet demand for smart phones, gaming consoles, televisions etc,” observed Tim Yu, senior risk intelligence analyst at supply chain risk assessment firm Resilience360.

“I think the shortages are also likely to impact higher-margin chips used for 5G networks and data centres,” he added. And if the chip shortage were to drag on, it could also affect the medical devices sector, Mr Yu warned.

“While these supply shortages aren’t imminent, you are seeing more pacemakers and other life-saving healthcare devices requiring more computing power and higher-end semiconductors,” he noted.

One factor aggravating the chip shortage is a push in China to stockpile semiconductors. Last year, chip imports reached almost $380bn, and to ramp up its own production, China bought $32bn-worth of chip manufacturing equipment last year, 20% more than it had spent on this in 2019.

“We’ve seen heavy stockpiling of integrated circuits and other types of semiconductor products from China. Part of this can be linked to heavy export controls and trade restrictions by the Trump administration, but also to the fact that the Chinese government has prioritised investing heavily in its semiconductor industry,” Mr Yu said.

Now, logistics firms may have a larger role to play, he said.

“The current shortages could force auto makers to re-evaluate their inventory strategies and the just-in-time delivery practices that have traditionally been adopted to save costs. While the additional warehousing costs for holding more inventory may not be desirable, the current situation has shown the value of making sure that inventory levels are appropriate, which can be a critical factor in ensuring that supply chains are managed successfully,” he explained.

Automotive logistics players have warned that their “very existence” is under threat from the shortage ...

Global semiconductor shortage can be explained by the 'bullwhip effect'

Regular visitors to the UK’s Multimodal exhibition (yes, it may seem like distant memory at ...

CNBC reports: The S&P 500 opened at a record level on Thursday after blowout earnings results ...