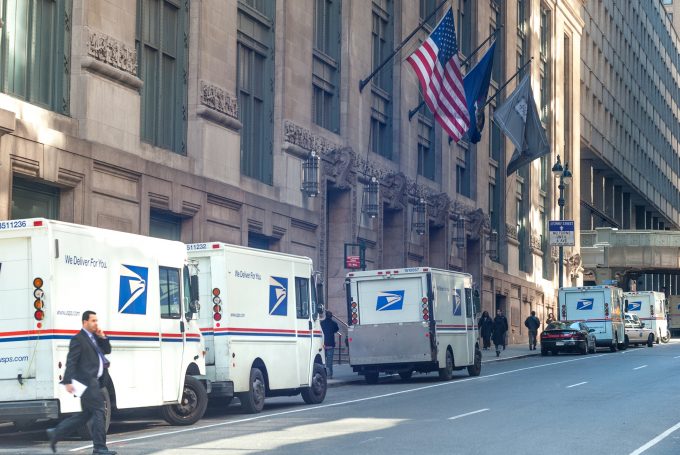 The clock is ticking towards a potential fresh bout of Trump ‘diplomacy’.

The US president is now on a collision course with the Universal Postal Union (UPU) and has threatened “repercussions” if the international mail body does not address below-cost delivery rates for e-commerce sent from China.

The president’s anger is directed at the system of postal fees for international mail deliveries, which gives an unfair advantage to Chinese online merchants.

Using air mail, they enjoy lower delivery costs to the US than domestic rivals, and the US Postal Service (USPS) is losing money in the process.

Under a mechanism overseen by the UPU, the postal service from the country of origin compensates the agency that performs the overseas delivery of a shipment under 4.4lbs in weight, with a fee called ‘terminal dues’.

Designed to account for the fact that not all countries are at the same stage of development and show significant variations in their mail volumes and postal tariffs, terminal dues vary. If the shipment is dispatched from a developing country they are a fraction of that in a developed economy.

Under the current framework, China Post pays its counterparts in North America and the European Union terminal dues that result in much lower mailing costs for Chinese online merchants.

The system also impacts the USPS. According to one report, the gap between terminal dues and delivery costs last year resulted in a $170m deficit, 20% higher than the corresponding loss in 2016.

The US National Association of Manufacturers (NAM) has been complaining for some time about the issue, arguing that Chinese e-commerce providers exploit terminal dues to flood the American market with cheap goods at delivery costs that are lower than their US competitors.

They also claim this is fuelling a flood of counterfeit goods and drugs entering the US in the mail.

“This is unfair trade,” said Albert Saphir, president of logistics consulting firm ABS Consulting. “It is cheaper to send a small parcel from Qingdao to Miami than from Seattle to Miami.”

He says retailers importing goods pay duties on them, which they have to incorporate in the price, while parcels from overseas delivered to consumers are duty-free as long as they do not exceed the de minimis threshold.

To the delight of the NAM, President Trump has picked up the baton and pushed for change. He issued an order to the US Postmaster General and secretaries of State, Treasury and Homeland Security, calling for change in the current model.

The order from the White House said that if the UPU congress failed to achieve “meaningful changes”, the US would consider taking unilateral action, possibly even withdrawal from the UPU. It gave the officials until November 1 to present suggestions for possible action.

The UPU is unlikely to convince the US administration that substantial change is under way. The organisation declared that it would consider the problem and intends to table a comprehensive proposal by 2020. A fix is not likely to come into effect before the mid-2020s.

Separately, the UPU has stated that it plans to persuade China at a special congress early next year to accept higher terminal dues.

The US government is not the only administration that has terminal dues in its sights. Last autumn the Norwegian Post, as well as the country’s postal regulator, warned that the rise of Chinese parcel traffic would result in losses in the millions.

ABS’s Mr Saphir does not regard the terminal dues as the most pressing issue regarding e-commerce flows from China, however.

“The bigger issue is the de minimis,” he said. In 2016 the US authorities raised the threshold for personal imports free of duties and taxes from $200 to $800, significantly higher than most other countries.